Canada’s pulses try to gain some affection at home, through value-added processing

Ignored at home, adored abroad – that’s the reality for Canadian pulses. Even the people who grow them don’t eat them.

Chuck Penner, founder of LeftField Commodity Research in Winnipeg, has seen this firsthand at some of the meetings he has attended. “I’ve seen a speaker get up and ask the farmers in the crowd, not just the general population, but the farmers who are growing them, ‘How many times a week do you eat pulses?’ And the numbers are actually pretty small for the most part, aside from the can of pork and beans that you might have.”

It’s an interesting dichotomy considering Canada’s role as the leading pulse exporter in the world. Every year, more than 2.3 million hectares are seeded to pulse crops like peas, beans, lentils and chickpeas. Canadian pulse production peaked in 2010 at more than 5.7 million tonnes, with pulse production normally in the range of 4.5 to 5 million tonnes per year.

Canada exports 90 to 95 per cent of its pulse crops, valued at $2.7 billion in 2011, to more than 150 markets around the world, especially to India and the sub Indian continent, followed by the Middle East, North Africa and Asia. “It’s true these foods have not figured largely in the Canadian diet or the North American diet,” says Peter Watts, Director of Market Innovation at Pulse Canada. “And that’s one of the roles at Pulse Canada, to develop the market in North America for pulses in the mainstream diet through the food processing and food service industries.”

The way to crack the North American market may be through value-added processing – extracting the starch, protein and fibre and using them as ingredients. China emerged as a big market for peas because it processes the vegetable to its component parts, taking the starch and make vermicelli noodles and then selling the protein and fibre for other applications. “In North America there are many opportunities to do that sort of thing as well too,” says Penner. “In places where over-nutrition is a bigger issue… there are some real health benefits.”

Starches also have additional value because they’re non-gluten, which when coupled with the trend of healthy eating, means there could be a big role for pulses to play. “You’ve seen a lot of stuff about the wheat belly and whether you agree with it or not, that message is out there where people are starting to move away from wheat products. I don’t know if that’s a fad or whether that’s going to just blow over but these types of products – pulses as replacements for some of those gluten products – I think have a definite application there,” says Penner.

HUGE GROWTH
Over the last 20 years, the pulse industry in Canada has grown steadily. Canadian production of the eight major pulse and special crops (pea, lentil, bean, chickpea, mustard, sunflower, canary seed and buckwheat) increased from about 1 million tonnes in the early 1990s to 5.7 million tonnes in 2010, more than a fivefold increase. In 2010, Canada accounted for 32 per cent of the world’s pea production and 38.5 per cent of lentil production. With exports expanding rapidly along with production over the last two decades, Canada now accounts for approximately 35 per cent of global pulse trade each year. Canada is a dominant player in world trade in peas and lentils, accounting for 55 per cent and 50 per cent, respectively in 2008 (the most recent year of complete Food and Agriculture Organization statistics), and a top five exporter of both dry beans and chickpeas.

“Canada kind of dominates the trade for most pulses,” says Penner. “There are some smaller ones – things like dry beans, things like chickpeas – where we’re a smaller player but especially with things like peas and lentils what happens in Canada has a ripple effect around the globe.”

AGRONOMY
Canada has been able to dominate the market because of market innovation, but perhaps more importantly, because of science. “We stay ahead by investing in research and breeding and agronomy and making sure we have the best genetics, the best agronomic practices,” says Watts.

At the Crop Development Centre in Saskatoon, the focus has been on variety development with the varieties produced released publicly. In other words, they’re not available to companies for marketing and distribution rights but are offered to farmers and seed growers. Canterra Seeds counts green and yellow peas and navy, black and pinto beans among its portfolio alongside cereals and oil seeds. The Winnipeg-based company also acquires varieties from other public breeding sources like Agriculture and Agri-food Canada and other international players.

When Canterra acquires a new variety it’s often a limited quantity of seeds so the company relies on its 167-strong seed grower network in western Canada, who are also shareholders of the organization and its primary production avenue. “They specialize in seed increase multiplication so from the time we acquire a new variety it usually takes about three growing cycles to generate enough seed to sell to producers,” says Brent Derkatch, Director, Operations and Business Development. “We work together closely with our seed growers to facilitate and manage the higher generation seed inventory.” Ultimately, it’s certified pedigree seed that’s sold to farmers. Once the seeds are produced, Canterra does a lot of facilitation to manage the distribution of the seed for those first few generations of multiplication. “We don’t do any plant breeding but we do evaluate and screen varieties from outside of the Canadian public variety development sector,” says Derkatch.

Every variety within a particular crop type has its own key attributes or characteristics that make it unique, whether it is yield or disease resistance or standability, which is how well the plants stand upright in the field. Derkatch says, “For us, when we acquire a pulse variety, we make sure that it has characteristics that are only an improvement over existing varieties that are in the marketplace.”

And while the plant varieties Canada produces is what allowed the country to lead the industry, a lack of funding could be what knocks it off its perch. “The big underlying challenge is in order for public or private plant breeders to invest in variety development, there has to be a sustainable funding model for that,” says Derkatch. “It’s a lot of science and a lot of effort and testing that’s required to advance any crop type and so having the means to properly fund innovation is one of the main cornerstones.” 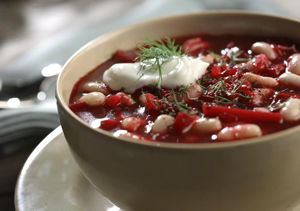 Today, the primary means of collecting revenue to support breeding and market development efforts is with the sale of certified seed, with the private industry in particular. “Right now the percentage of the crop that’s planted in western Canada using certified seed is not anywhere near the levels that would be required to properly sustain variety development,” says Derkatch. Announcements by Agriculture and Agri-food Canada in the last year about a decrease in funding for the public sector for variety development have been disheartening. “There has to be a means of that effort being picked up by either producers or private entities to continue with variety development or we risk falling behind the rest of the world,” says Derkatch.

One big change that Derkatch would like to see is the implementation of UPOV 91, a treaty devised by The International Union for the Protection of New Varieties of Plants (UPOV) in order to “provide and promote an effective system of plant variety protection, with the aim of encouraging the development of new varieties of plants, for the benefit of society.” Canada is one of the few developed nations in the world that has not fully implemented and ratified the legislation for plant breeders’ rights, which would bring Canada up to the international standard and introduce new tools that would be available to industry to help with funding innovation.

Breeders are unlikely to release valuable varieties into a country without adequate protection, UPOV says. The bill would provide incentive to stimulate new breeders and new breeding work domestically, but also internationally by removing barriers to trade in varieties, increasing domestic and international market scope. With access to such valuable foreign-bred varieties, domestic growers and producers have more scope to improve their production and also have more scope to export their products. Domestic breeders also gain access to valuable varieties for use in their breeding programs. This international aspect is an important means of technology transfer and effective utilization of genetic resources.

But UPOV 91 is strongly opposed by farmers in Canada and the bill was defeated in 2005. The National Farmers Union argues it would extinguish farmers’ automatic right to save and re-use seed, empower seed companies to collect royalties, allow patenting of seeds protected under Plant Breeders’ Rights and expand the scope and the duration of seed companies’ power to demand payment from farmers – making seed much more expensive.

DOMESTICALLY GROWN
For now, Pulse Canada and other grower groups are still trying to develop markets abroad and domestically. For example, one selling point for more conscious consumers in North America is the sustainability of pulses. The crops don’t need nitrogen fertilizer because they are able to extract it on their own from the air and from the ground. “They demand less of the earth, essentially, to produce. That’s a message being promoted to consumers although it’s just at the very, early stages. Not many people know that kind of stuff yet,” says Penner. Pulses are already growing in popularity with farmers, however, because they play an important role in healthy crop rotation.

Exports will likely always be the highest driver of revenue for the industry in Canada but with the sector maturing in terms of its capacity to deliver high quality products to the global marketplace, the ability to process pulses into value-added products will likely be what brings the food into the North American consciousness.

“We are still fairly heavily reliant on a select few markets for the vast majority of our exports which are being sold in bulk form or containerized form with little or no processing,” says Watts. “So as an industry to have value-added processing at home creates more value for your product, creates business and jobs and diversifies your market base so you’re not wholly dependent on [other] markets.” 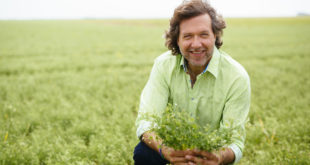