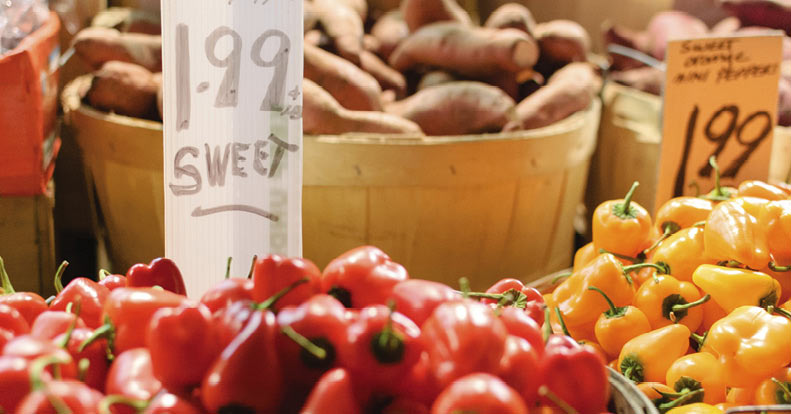 Eighty-four per cent of Canadians believe the food they typically purchase has increased in price over the past year, according to the quarterly RBC Canadian Consumer Outlook Index.

With rising food prices eating into their household budgets, an overwhelming majority of Canadians (91 per cent) say they will tighten their belts and make smarter decisions when purchasing food.

The survey found that the average Canadian spends $411 per month on groceries and one-third (33 per cent) say rising food prices has had a significant impact on their budget, with 43 per cent cutting back on other expenses. Also, increases in food prices are impacting shopping habits with more than half of Canadians (57 per cent) comparison shopping for food more than before, following a budget and buying less on impulse (41 per cent). Others are looking to other parts of their life to deal with rising food prices such as using their vehicle less (15 per cent).

Food inflation rose 2.4 per cent last year, after increases of 3.8 per cent and 1.4 per cent in 2011 and 2010, respectively. A 2012 RBC Economics report anticipated that last year’s U.S. drought could send food prices back up between 3 and 4 per cent this year. The report also noted that it takes approximately six months for raw food commodity price changes to pass through to prices at the retail level.

RBC Economics is currently forecasting the Canadian economy will grow by 1.8 per cent in 2013, and will be releasing its next Economic and Financial Market Outlook in June.