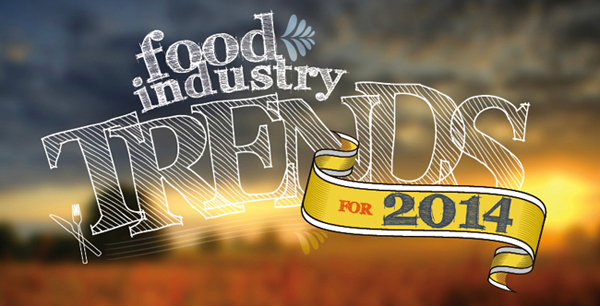 It won’t be easy but 2014 could be a good year for the Canadian agri-food industry.

“I’m actually quite bullish on Canada,” says Dave Donnan, partner and leader of Global Food and Beverage Sector Practice for A.T. Kearney, a global management and consulting firm. “I think Canadians have an opportunity to build on what has always been a very strong image but there’s going to be lots of competition and particularly the other thing that’s happening is a lot of private equity money is getting into the food industry as well, particularly in China and exports so it’s going to be a challenge.”

Donnan says Canada has the resource base to compete. “The question will be whether you can get the costs to a point where it’s going to be competitive with others around the world.”

Canada is very strong in areas like canola and wheat, but with certain products being more seasonal and recent incidents around beef, forecasters see room for Canada to improve. “I think there are still opportunities for Canadian processors and I think Canadian retailers,” says Donnan.
Following are 10 trends to look for in 2014.

SUSTAINED DEMAND FROM ASIA
Proteins
“There’s going to be continued demand coming out of Asia as populations in China and India get better economics and more middle class,” says Donnan. Global food demand, in general, is expected to rise by 35 per cent by 2025 from 2007 levels, with most demand coming from Asia. China and India alone could account for almost 60 per cent of the global increase. Donnan believes protein consumption will be the main beneficiary of that growth. “We’re going to see higher demand for proteins – in China it will be for pork and chicken, in India it will be chicken. That’s going to have implications for food prices in North America as well as demand,” says Donnan. For example, the recent purchase by Shuanghui of Smithfield Food’s pork production has the largest Chinese pork producers buying a U.S. pork company. “Here will probably be more exports of pork products to China from both Canada and the United States,” says Donnan.

Pricing pressure
Donnan says to also look for increased demand for commodities like edible oils which may put pressure on pricing from Asia. “We’ve actually had low prices this year [for commodities]. The commodities ramp-up that we saw in 2010-11 has abated because the weather has actually done OK but we may see some further upward pressure on prices – nothing too significant as it was two years ago – but there’ll be some just because of increased demand out of Asia,” he says.

CONSCIOUS CONSUMERS
Supply chain awareness
There will also be a continued focus by consumers on food safety, clean labels, organics and source of origin of foods. “People are just becoming much more aware of where their foods come from and wanting to make sure that they’re healthy and safe and made from good ingredients,” Donnan says.

Consumer health
North America is going to continue to be focused on healthy eating. “Obviously, with obesity, dietary management, things like that, people are spending a little bit more time trying to really focus on healthy products, but still at a reasonable price. We’re not seeing a major increase in price sensitivity. People are very price conscious – looking for value but also looking for healthy food with value,” says Donnan.

CONSUMER DEMOGRAPHICS
Packaging
Donnan says consumer demographics will influence the way people shop. With millennials (people born between the early 1980s and the early 2000s) and the boomers aging, these two major generational cohorts are having a significant impact. Boomers’ children have grown up, gone to school or gone off to work resulting in a lot of single and couple households. Millennials are delaying marriage and kids often until their early 30s, which also creates a lot of single and couple households. Now one- and two-person households outnumber the traditional family of four. “The entire food industry is having to rethink their positioning of packaging of products to more meet the needs of singles and couples than it has in the past,” says Donnan. “The family style, the family-sized things although still available, are much less in demand than they were in the past. A package will be focussed on one or two meals and not a meal for four.”

Grab and go
Both men and women in the millennial and boomer generations are working, meaning they have less time to cook and when they do cook, they don’t want to make a big meal. “There’s a lot more of what I would call grab and go – fresh prepared meals, meals where you can just go and pick them and they’re already prepared whether that’s take out or it’s going to a grocery store and picking something up… that you can take home and reheat,” he says.

American Invaders
With U.S. retailers continuing their push into Canada, there could be a trickle over effect for the food industry. “From a food perspective, if you look at Canada, Loblaws has done great, Sobeys has done great… so there’s a lot of movement going on,” says Donnan. “I think the Canadian food industry is pretty good although people in Vancouver are wanting Trader Joe’s to come on up so there’s that kind of want for some variety and different types of food as well.” He adds, Canadians may be looking for more innovative retailers that are coming out of the United States like Wegmans, Trader Joe’s and Mariano’s in Chicago that are all offering prepared meals, grab and go foods and chefs inside stores.

Food Justice
Consumers paying more attention to the food they’re eating combined with the multiple means of communication means NGOs are having an increasing impact. “The non-governmental organizations, whether it’s looking at GMOs, food safety, the ethical treatment of animals, gestation crates for pigs, all of those things are becoming much more trend-centred,” says Donnan. “It is not so much that people have changed attitudes, but communication has changed so when something happens it creates a wave on Twitter or Facebook so there’s a lot more tension and scrutiny toward food justice.”

The Little Guy
With Loblaws and Sobeys recently buying Shoppers Drug Mart and Safeway respectively, Donnan looks at consolidation as a natural evolution. “Consolidation occurs in every industry and usually what happens is there’s a consolidation of middle-sized players and then large companies come in. But at the same time, smaller companies start to emerge because often large companies will have gaps in their service so I just see it as a refreshing of the dynamics of the industry,” says Donnan. “I see it as a resurgence of some more competition and hopefully it’s more innovation.”

Government/Industry Compliance Partnership
The government’s dilemma is it wants to make sure food is safe and regulated properly, but government is dedicating less money to compliance enforcement. “I think there’s going to have to be a partnership between industry and government,” says Donnan. “Large companies don’t want to have a product on the market that’s not safe; they don’t want to have a product on the market that’s unhealthy. They want to do what they have to do to make sure that consumers are happy, healthy and continue to purchase things from them. At the same time, government is going to have to watch out for things that could go wrong. It can only work with government and industry working together because the government doesn’t have the resources nor the revenue to do all the compliance that is necessary to enforce the regulations.”

Resurgent Cereals and Snacks
Cereal, candy, ice cream and snack food production are anticipated to experience revenue growth in 2014 in Canada and the U.S. according to Jeffrey Cohen, an analyst at IBISWorld, a leader in market research reports. “Both countries are experiencing growth in per capita disposable income as both economies experience recovery and so as consumers have more income, they increase spending on food items that they curtailed spending on during tougher economic times,” he says. “That is benefitting these industries,” which are growing despite the trend of health-conscious consumers. “These are still staple items that consumers purchase and the more money they have, the more sales that companies that operate in these industries rack up.” But companies in these areas aren’t ignoring health-conscious consumers; they’re actually trying to cater to them. “Certain products within the industries like some of the more sugary cereals sales are declining but at the same time, organic cereals are experiencing increases and those cereals are marked up at higher prices than your typical Frosted Flakes or Lucky Charms,” he says. This applies to candy as well.

Refining Products
The need to innovate and market and cater to consumers is leading companies to develop healthier versions of existing products. “Companies that produce products that consumers have been purchasing for years… when [consumers] see that these companies are very understanding of what consumers want and are able to adapt their product lines to meet demand for items such as gluten-free products, organic products, natural products, by appealing to what consumers want, they end up experiencing an increase in sales. Because the trend seems to be that consumers are purchasing more organic products and gluten-free and natural food products, those companies that jump on board are benefitting as a result,” says Cohen.

Declining Meat Sales
There is bad news for one sector with meat and beef processing in Canada and the U.S. expected to undergo a decline in sales, says Cohen. “Even though both economies are experiencing a recovery and per capita disposable income is going up, there is a decline in per capita meat consumption due to the negative perceptions of red meat in diet, associated with high cholesterol and heart disease. As a result, consumers are looking at alternative diets… vegan and vegetarian options and fish as well.”