Mac’s lobbies for reformed sales of alcohol with promise of new stores, jobs 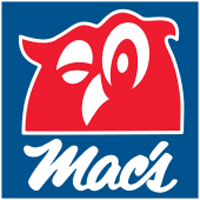 If granted the right to sell beer, wine and spirits at its 547 Ontario locations, Mac’s Convenience Stores Inc. would build 27 new, ultra-modern, $2-million stores within two years. The new stores would represent “$54 million of new, private investment in Ontario,” says Tom Moher, the company’s Vice-President of Operations for Central Canada. “And that doesn’t begin to include the millions of dollars Mac’s will spend retrofitting our current stores for the sale of alcohol.”

Mac’s and the Ontario Convenience Stores Association are calling on the government of Ontario to expand the province’s alcohol retailing system. A survey by the Ontario Convenience Stores Association (OCSA) found that 67 per cent of Ontarians want to be able to purchase beer, wine and spirits at their local convenience store. “Basically, the people of Ontario are telling their politicians that it’s time to modernize alcohol retailing in this province,” Moher told a business audience during a speech to the Toronto region Board of Trade. “Some of our politicians get it. Others – not so much. That’s why Mac’s is making this such a public issue.”

The Mac’s stores to be built under an expanded alcohol retailing system would be similar to the company’s facility in Thamesford, one of two Mac’s “agency” stores in the province permitted to sell alcohol. The Thamesford store opened in December, 2012 at a cost of $3 million. (The other Mac’s agency store is located in Craigleith.)

The new Mac’s stores will be built in Toronto, Brampton, Grey Bruce, The Muskokas, London and Ottawa, among other locations. They’ll create up to 170 new, full-time jobs, in addition to the 1,600 jobs that will be created at existing Mac’s stores once the right to sell alcohol is received, the company says.