Reports of the demise of the food manufacturing and processing sector in Canada may have been exaggerated.

After nearly 90 years in London, Ont., Kellogg will close the doors to its cereal plant by the end of next year, costing 500 jobs. The closure came on the heels of Heinz announcing the shutdown of its processing facility in Leamington, Ont., by June. Luckily for people in the Tomato Capital of Canada, Canadian law mandates tomato juice be extracted from “sound, ripe, whole” tomatoes instead of paste – a higher standard than in the U.S. A group of Ontario businesspeople stepped in and will keep the plant partially running as a tomato juice facility saving 250 out of the 740 jobs that would have been lost.

The two high-profile closures prompted musings among media, communities and government over the fate of the food manufacturing sector. The high-profile shutdowns prompted media to key in on the human, financial, economic and policy impacts of the news. Observers rapidly identified reasons for the closures, citing exchange rates, market factors, new owners, multiple input costs, age of facilities and regulatory issues, with government and industry quickly countering. Simmering underneath all the handwringing was concern over the long-term viability of Canada’s largest employer.

Industry research groups argue the reaction might be overblown. “There’s no question [the closures] have brought things more into the public eye,” says Al Mussell, Senior Research Associate at the George Morris Centre, Canada’s largest agriculture think tank, “but I guess I’m not seeing a crisis here. I think we’re seeing some adjustments.”

At face value, the Heinz and Kellogg closures are just the most recent closures in a long list, as over 143 plants have ceased operations since 2006. Yet in the same timeframe, there have been 60 new plant openings and 130 announced investments. The trend of plant openings and closures led Bob Seguin to describe the current market as “bipolar” in a George Morris Centre report entitled, The Heinz and Kellogg Closures: What Direction for Canada’s Food Manufacturing Competitiveness.

What causes the Canadian Agri-Food Policy Institute (CAPI) to pause for thought is the trend that most of the companies that have been leaving are larger multinationals, primarily American, while investments have been made predominantly by larger foreign firms and Canadian companies. “There’s been a restructuring taking place and the really important question going forward is, is that restructuring sufficient enough that it’s repositioning us to be more competitive in the future,” says David McInnes, President and CEO of CAPI. 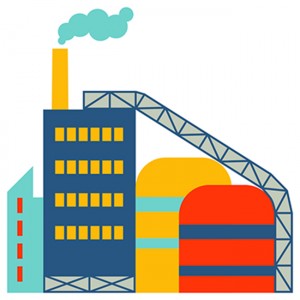 LARGEST EMPLOYER IN CANADA
Amid all the chatter about the shutdowns, it’s easy to forget how big the food manufacturing industry is in terms of the Canadian economy. The food processing industry produces more than 70 per cent of the food Canadians buy and pulled in more than $88 billion in revenue in 2011. “Often there is not a lot of awareness that food manufacturing is such a major economic driver across the country,” says McInnes. Food processing recently overtook the transportation equipment manufacturing sector as the largest manufacturing segment in Canada, and employs 300,000 Canadians, the most of any manufacturing sector. Nearly 40 per cent of the country’s agriculture production is processed but in Ontario and Quebec it exceeds 65 per cent.

The statistics may be impressive but they can’t hide the fact that the industry isn’t functioning optimally. The announced closures over the past years have resulted in 24,000 job losses. The period between 2007-08 was particularly challenging with 48 closures outnumbering the 27 openings and plant investments in the country.

The sector’s trade deficit, which grew from $6.5 billion to $6.8 billion, is also a cause for concern, raising questions about Canada’s competitiveness. CAPI is conducting research that offers explanations for the state of the trade balance. While the deficit is not a definitive measure, as it doesn’t factor in domestic consumption or the food that is imported to be further processed then exported, it does call into question Canada’s ability to compete globally. “At the end of the day, if consumers in Canada and consumers in foreign markets are not buying and consuming Canadian-produced food, and this deficit number indicates to some degree that’s occurring, then we might have a real competitiveness issue,” says McInnes.

TRADE DEFICIT
Adding a layer of complexity to deciphering what the trade imbalance means is that despite the overall deficit, CAPI discovered there were subsectors, like bakery and french fries, operating with a surplus. “Coming up with a very simple answer for the deficit is very challenging because each company and each subsector work in very different market dynamics,” says McInnes.

CAPI has devoted a lot of time and resources to determining whether current market conditions are encouraging growth. “We’re seeing that there are important established economic drivers that are in place,” says McInnes. He cites the accelerated capital cost allowance (ACCA), as a likely reason behind the increasing Canadian investment. ACCA is a two-year straight line depreciation rate for business investments in manufacturing and processing machinery and equipment that allows companies to write off investments against taxable income more rapidly than the previous depreciation method. “That’s a very important tool for future growth or to help support future growth.” New trade agreements with the European Union and South Korea should also help. “Increased market access is important in terms of international trade development,” McInnes says.

But in order to encourage growth, change is also necessary. “We have to find ways to evolve structures, processes, rules and improve collaboration across the supply chain to take advantage of those opportunities,” says McInnes. “It requires a new way of working, building on what we’ve got and if that formula is right then we have a bright future in food manufacturing.”

Regulation is often cited as an area that could be improved and McInnes suggests current efforts to streamline regulation will pay off. “There are things that we need to do more of and the policy and regulatory structure has to evolve as the marketplace evolves.” In order to create the most productive and open business environment McInnes suggests an increased role for municipalities. “Companies locate locally but export to markets provincially, nationally and globally and so the connection between how companies fare at the local level can affect how they run their plants or where they choose to select to serve those various markets,” says McInnes. “So thinking about policy and regulation, we’ve always thought this is the domain of the provinces and federal government but we have to think of the municipal role.”

A LIFT IN STEELTOWN
The potential of the municipality has been taken to heart in Hamilton, Ont. While long-time food manufacturing communities have been hit hard, the sector has found fertile ground in Steeltown, with Maple Leaf and Canada Bread setting up shop. Canada Bread’s $100-million bakery facility has been touted as the country’s largest bakery facility by Maple Leaf. It was recently part of a $1.83-billion deal when Canada Bread was bought by Mexican giant Grupo Bimbo. Although the effects of the takeover aren’t known yet, the food processing and agri-business sector is worth about $1.3 billion in Hamilton. “There’s now a growing recognition of the economic impacts of agriculture and food processing,” says Keenin Loomis, CEO of the Hamilton Chamber of Commerce. “It’s a growing sector for us – obviously that came at the expense of other communities – but we can only do the best we can to attract those types of jobs to the community.”

Initiatives like the Innovation Factory’s (IF) LIFT program have also helped entice older companies looking to restructure. Located in Hamilton and networked across North America, the Innovation Factory is a not-for-profit regional innovation centre. The LIFT program is designed to help companies identify challenges regardless of their stage of development. IF then works with the companies to build a tailored innovation assessment specific to their needs and goals. The IF offers access to industry experts, programs, and other resources to overcome the obstacles in each stage of development. Many food manufacturing companies in the area have been taking advantage of the program.

LIFT is leading to a boom in the advanced manufacturing space for Hamilton, with factories modernizing to take advantage of new technology. “So a little bit of Darwinism has happened,” says David Carter, Executive Director of the Hamilton Innovation Factory. “You look at the big, shiny new Maple Leaf Plant and the interesting things being done to keep Canada Bread up to speed and so you tie manufacturing into what’s going on and it feels, other than the bad news of some, it feels like the news is good.”

ADVANCED TECHNOLOGY
Initiatives like LIFT are giving McInnes optimism for the future. CAPI’s research found an increase in investment in manufacturing equipment leads to increased productivity through robotics, additional automated technologies, management systems, skills development for employees and management, and R&D. “[Technologically advanced plants] are vitally important because if other countries are more efficient in producing food then they will have the ability to be more nimble in offering new products, better able to serve the retailer, and have a better cost advantage,” says McInnes. “If we’re not investing in new technology then we will be falling behind.”

While government programs are helpful, successful companies don’t rely solely on policies to help them. “What’s interesting is that we’re seeing that the path to success is not all about what government can do,” says McInnes. “They can certainly do some things to enable change and to be competitive but it’s also how the companies themselves are investing, the degree to which they’re connecting with their suppliers and producers and their ingredients and how they’re working with the supply chain to create those successful opportunities, what markets they’re aiming to serve and how they’re innovating.”

One of the best ways for food processors to carve a niche is by staying on top of consumer trends. “The sector has to be absolutely at the edge of understanding how these changes are transforming how consumers buy food and that difference will vary by market,” says McInnes. “This is becoming such a competitive market and the consumer is segmenting in so many different ways that to actually grow we have to be more attentive to the changing consumer and to differentiate even more because our competitors will do so.”

In order to truly deliver what consumers want, companies need to start with a supply of quality ingredients and work with all their other partners. “Inevitably you’re working back with your supply chain and producers to deliver on what you hope will be a winner with the consumer,” says McInnes. “So in a way, the greater the complexity and fragmentation of the marketplace the greater the need to work with the supply chain in a far more collaborative and complex way to be nimble and to take advantage of those opportunities.”

HOPE ABOUNDS
Given Canada’s agricultural strength, the country’s reputation abroad, the foundation for quality products and all the attention that has gone into reviewing and enhancing the sector, McInnes believes there is no reason to panic. “Food manufacturing has a national foot print, it’s in every province,” says McInnes. “We’re optimistic about the sector and we need to consider the strategic importance of food manufacturing going forward. As food processing is one of the most important economic drivers in Canada, the question is how do we sustain this being the number one manufacturing sector and enhance it.” 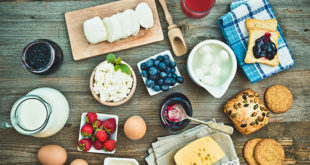