THE INTERNATIONAL FOOD POLICY RESEARCH INSTITUTE (IFPRI) SAYS AGRICULTURAL TECHNOLOGIES COULD INCREASE GLOBAL CROP YIELDS AS MUCH AS 67 PER CENT AND CUT FOOD PRICES IN HALF BY 2050. 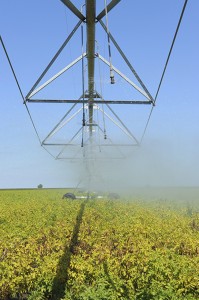 “The reality is that no single agricultural technology or farming practice will provide sufficient food for the world in 2050,” says Mark Rosegrant, lead author of the report and director of IFPRI’s Environment and Production Technology Division.

The anticipated negative effects of climate change on agricultural productivity as well as projected population growth by 2050, suggest that food insecurity and food prices will increase.

Based on current projections, stacked technologies could reduce food insecurity by as much as 36 per cent. Making this a reality, however, depends on farmers gaining access to these technologies and learning how to use them. Adopting the technologies examined in the study would increase food production and improve food security under climate change.