Randy White, President of Sysco Canada, dishes on how the appetite for fresh and healthy is affecting the industry

The fresh food movement is moving quickly and Randy White won’t let Sysco get left behind. The president of Sysco’s Canadian operations is trying to position the company to meet both consumer and client demands for fresh food. Canadian Food Insights sat down with White after he gave a speech, Finding Fresh: Changing Foodservice Dynamics, at the Toronto Board of Trade. 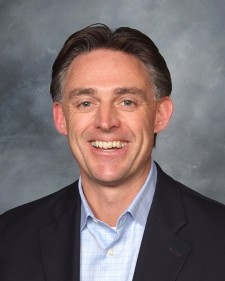 You’ve seen a lot in your 30-plus years with Sysco. Are you surprised by the changes in the industry?
Maybe somewhat surprised but I’ll acknowledge it has changed dramatically and it continues to change. That goes for most businesses but the speed within food has been enhanced by the economic changes in 2008-2009 as consumers began to get very thoughtful about spending their money and food and foodservice have rapidly linked up to that. At the same time, there’s an appetite around fresh and healthy eating that is not going away. This is not a trend, this is a lifestyle. The speed of which that is changing the industry is interesting but I’m not surprised by it, I’m fascinated by it actually.

Has the move to fresh and healthy food changed Sysco’s business model?
Absolutely. Over the years, we were formed as a consolidation of frozen food manufacturers and distributors in the U.S. that got together to become more national. As you think about those roots, we’ve expanded over the years to add fresh meat and fresh produce companies, as well as fresh seafood to our repertoire. You’ve seen with that shift Sysco has been keeping up with the shift in consumption. It wasn’t that long ago when fresh chicken was only available from the fresh chicken processor to the restauranteur. The problem is getting that out across North America. The logistics was financially impossible for a processor so we’ve allowed people to facilitate the logistics and bring those fresh products to the industry. I would say we’re changing with the trend. Are we changing the industry? No. We’re a response to our customers. What our customers are looking for is how we will navigate it. We also need to figure out what the future consumer may be interested in because there’s a very real demand that may not be mainstream today – in fresh, local and community – that will become significant in the next three to five years in most areas.

The price for fresh, local produce is more than regular produce yet consumers have an idea that food should always be cheap. How do you marry consumer desire with the reality?
I don’t know if you can ever appease and put out that strong expectation. I think we all hope that the things that we want on our fingertips, when we want them would be low cost. But when it comes to food, it’s such a core, it’s like drinking water, you expect it to be available, you expect it to be fresh and safe, and you expect it to be economically reasonable for everyone. The problem is logistics is expensive, so as a food logistics organization – we don’t market ourselves that way but at the end of the day that’s a big part of who we are and what we do – the cost of logistics is the issue and so as we become more efficient we can lower the cost. The waste that comes with fresh products is resolved through mass and economies of scale. The way to combat that is to help facilitate what our customers want and do more of it. So I believe over time, in relative terms, fresh wholesome local food products that might be considered expensive and probably out of reach for a lot of people will come down relative to the other products that are out there. I never think they will be cheap because it is high logistical touch – there is more touches through a local supply chain than one would realize to bring it to the masses. Local and mass economies of scale, they don’t always match and so our challenge ahead is how we match those. Local can piggyback on the economies and efficiencies of mass and that’s the objective.

Baby boomers changed the way people viewed food. With demographics changing, what do you have to do to stay in front of new generations?
We’re looking at the next generation beyond the baby boomers, the next few generations, Generation X and Y and a few others after that. If you think about it, those are all a product of baby boomer families. The typical baby boomer has gone through the food service revolution, grew up with fast food and has come to the realization that fresh, healthy eating is essential to a healthy lifestyle and a long life. What’s happening is the children of the boomer have been raised as those thoughts have been brought to their lifestyle and so they’re coming out as the spenders now and as much as they have been exposed to fast food, it’s not their first choice; it’s their third and fifth choice and maybe not at all. It’s that demographic, the children of the boomers that are driving the fresh local future, without any doubt in my mind. How do you see that changing? I think to follow those early trends from those folks we can probably find where things will end up because they’re the ones with the purchasing power when the boomers fully retire over the next five and 10 years.
We’re looking at people like you.

I try to eat healthy, sometimes with more success than others.
Well that’s my point; the fact that you think about it. I’m the last year of the baby boomer. I never thought about healthy eating properly until probably about 15 years ago. It was less of a concern. But just from your comment and your physique I suggest that you think about what you eat and when you don’t eat perfectly you still think about it. That is a shift.

With this shift to fresh food, how does fast food and food service adapt?
Because the drive-through restaurant in some segments is starting to lose business, they will begin to look at why that is. You walk into a local unnamed grocery store in Toronto and to the left you’ll find their take home section that has fresh cooked meat, soups, vegetable product already prepared and ready to go. I think that’s going to drive those restaurant chains to want to get into that market that is expanding so rapidly, that’s where they’re losing their share. They’re going to need to offer those offerings. I believe because of the need for fast in our busy lives that that’s going to start to become more of an option at some of these fast food organizations. And the key is we don’t think of fast, healthy, wholesome all in the same sentence and we have to because it’s going that way. If those organizations don’t do that, the retail side will continue to take a share from the food service operator.

How did retail take away that share from food service?
About 25 years ago I did a paper on this at university and it’s funny how it’s playing out. My predictions are pretty true. Now you can walk in, get a fresh sandwich made, a fresh soup made with a local-branded bottled water, and walk out the door for less than the of a cost than picking it up at a restaurant because there’s no cost of transporting that to the restaurant. The economies of scale of bringing those ingredients into retail have driven out those high costs of restaurant distribution and that’s where it really spawned the cost differentiator. From there it was trickling along for the last 20 years with modest growth and then the economy did a reset in 2008 and 2009 and that’s when that took off because quality was still top of mind, wholesomeness was top of mind for a lot of consumers, but now price is more important to them than it was two years earlier. That kind of drove that evolution.

But you don’t think that’s hit its peak?
No, I think it’s just starting to grow.

How big can it get?
If you go to Manhattan, there’s not a lot of room for grocery stores. People have busy lifestyles, most people have a career. To me, this is the purest way to look at this, the majority of those folks buy the food they consume from a restaurant operator that is a walk-in and they consume it on-site or they grab it and take it home and consume it and then they go back the next day. It’s quite a European model because that’s what you see in a lot of the developed European countries, where there’s a lot of daily food purchasing versus weekly which is more North American. I think we’ll start to see that shift and that to me is where it could end up and because we have such an established food service industry, the food service operators, they’re not going to stand by and lose all this share so that’s where they step up and they’ll be stepping up to protect their business. So how do they do that? They’re going to offer the same or similar or more value-added offerings that meet that shift.