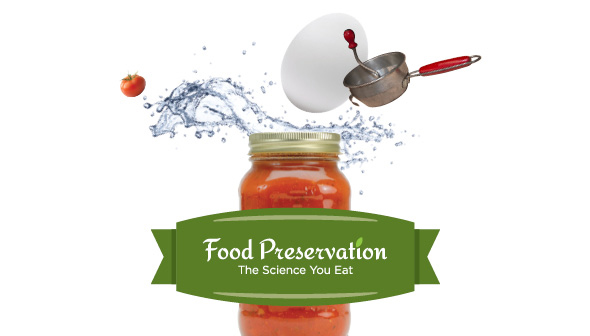 The goal of the exhibit is to demystify the science behind food preservation. “The exhibition is about how we ensure our food is safe, from field to processor, during transit, in the kitchen and at the table,” says Burchill. The museum was able to launch the exhibit thanks to guidance of the Food Science National Advisory Committee (FSNAC). “We’d like to thank CIFST for their leadership and active participation on the FSNAC,” she says.

Burchill says the section that looks at some of the ‘newer’ methods of food preservation might surprise visitors. “To museum visitors food irradiation and high-pressure pasteurization might seem like new technologies but they will learn that both have been around for decades,” she says. The exhibition also showcases recent innovations such as REV dehydration, ultrasound, electron beams and bio-preservatives. The museum hopes to update this section at least once a year with advances in research and ingenuity.

In addition to the food preservation exhibition the museum launched a five-year commitment to develop food literacy programming both on site and as national, educational resources. The museum also offers daily cooking and baking demonstrations and has been actively working with partners to offer workshops, lectures and special events which tackle food literacy topics including food science.

The museum will also have a presence at IUFoST with a display of the Food Preservation: The Science You Eat exhibit at the World Congress in Montreal.