The Nutrition Facts table on food items in the grocery store may soon look very different, resembling nutrition labels in the United States. Health Canada, which proposed these changes to the current table, says the goal is to “provide Canadians with the nutrition information they need to make informed decisions about the foods they buy.”

The new table gives more prominence to a product’s caloric content, groups the ingredients of concern like fats and sodium together, and separates them from beneficial ingredients like fibre and protein. It also gives consumers the Daily Value percentage for each ingredient and ensures that portion sizes adhere to standard amounts that reflect actual consumption habits. On Nov. 14, 2014, Health Canada announced another addition to the labelling requirements: it would allow specially produced oats and foods containing these oats to use the “gluten-free” health claim. 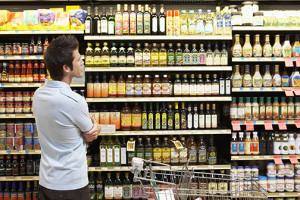 “We then would proceed to putting those changes into some sort of regulatory amendment, if indeed regulatory amendments were required. Then it’s a parliamentary process and another public consultation will have to take place. It’s going to be a while.”

For the most, part the food industry seems to support the intent behind Health Canada’s proposed changes, but some have expressed concerns as to whether those changes are supported by adequate scientific data. The Food and Consumer Products of Canada (FCPC) association, which represents the Canadian food, beverage and consumer products industry, is calling for more scientific research to be done to ensure that the proposed changes have the desired effect on consumer education and overall health.

“We think that there is a real opportunity to increase the use and awareness of the Nutrition Facts table, but at this point there isn’t enough information to know the impacts that the changes are going to have on the consumer,” says FCPC spokesperson Adam Grachnik. “They’re the most significant changes really ever to the Nutrition Facts table. They will have major, major impacts on the industry.” 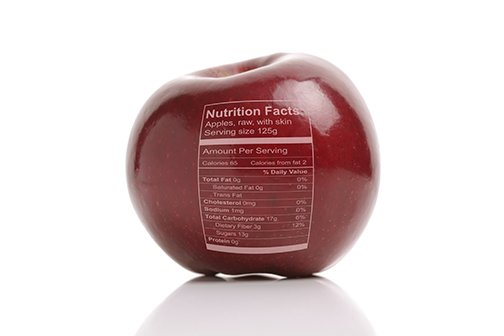 BRAVE NEW LABEL
Health Canada’s proposed changes to the Nutrition Facts table may not have a big impact on consumers beyond the fact that it will be easier for them to read and may lead to healthier shopping habits, but for the food industry, the change would require some major adjustments in the way they label and even formulate their products.

“Anytime you make changes to a label there is a cost factor involved,” says Phyllis Tanaka, a registered dietician and senior advisor to FCPC. “That said, the food manufacturing industry, and in particular FCPC members, are what I’d call champions of the Nutrition Facts table as an education tool for consumers,” she says. FCPC has been working with Health Canada over the last few years to educate Canadians about how to use the current nutrition label, Tanaka adds.

It was in 2003 that manufacturers of prepackaged foods were first required to label their products with the current Nutrition Facts Table. “The review process doesn’t happen bi-annually and it probably won’t happen again for a number of years,” Tanaka says. “We want to make sure that the changes that come forward at the end of the day provide science-based information in a format that allows Canadians to use it as a tool to make informed decisions.”

The changes to the nutrition label could bring more clarity for consumers, says Marie-Claude Mallet, Nutrition Manager at the Heart and Stroke Foundation, “But Health Canada will need to do a large consumer education campaign if everything is accepted.”

Although she calls FCPC industry members “champions of the Nutrition Facts Table,” Tanaka questions the need for these changes. “In Minister Ambrose’s survey of consumers, there was no bone of contention around the list of ingredients as it’s done now,” she says. “In fact, consumers understand how it’s done and found it useful. I’m not sure that these changes are going to be seen as an improvement.”

SPOTLIGHT ON SUGAR
In the proposed changes to the nutrition information requirements, added sugars will be grouped together in the Nutritional Facts table and given a total DV of 100 grams, as well as being grouped together in the ingredients list, with individual types of sugar, such as molasses and brown sugar, identified in parentheses. Carol Zweep, Manager of Packaging and Food Labelling Services at the Guelph Food Technology Centre, questions the wisdom of this change. It doesn’t make sense to say that a natural sugar is better than you intentionally adding that same sugar to a food product, Zweep says. “Take fruit concentrate, for example,” she says. “If you eat a fruit – and a dried fruit has lots of sugar in it – is that sugar any better than taking the concentrate and adding that sugar in as a sweetening agent?” Zweep asks.

The Heart and Stroke Foundation applauds the addition of the Daily Value percentage for added sugar, Mallet says, but worries consumers will confuse added natural sugars and added artificial sweeteners. “We want to make sure that people will not limit their consumption of fruits and vegetables based on total sugar, because those foods contain good sugars,” Mallet says.

It will be a complex process for manufacturers to recalculate and possibly adjust the sugar content in their products now that they have been grouped together, Zweep says. “By lab analysis you won’t be able to determine what’s been added and what’s natural sugar; it’ll just come out as sugar,” Zweep says. “To calculate what you’ve added and put that as a separate line, it’s not impossible but it’s a lot of work.”

“Why would you take just one group of nutrients and gather them together, and not do it with other nutrients?” Tanaka says. “There’s no consistency in that proposal.”

At the end of the day, she says, the industry walks a fine line between satisfying the consumer’s desire to moderate their intake of certain ingredients and creating a product that adheres to the consumer’s expectation of taste. Companies looking to limit the sugar content of their products could find themselves running into the same problem they did with salt a few years ago. “We went through this whole development with salt,” says Zweep. “Manufacturers were starting to formulate foods with less salt, but they weren’t tasting very good and consumers didn’t buy them. It just sort of fell off the map.” The low sales of Campbell Soup’s low sodium soup options were a testament to this seeming contradiction between consumers’ health concerns and their buying habits, Zweep says. “There are still going to be people interested in low sodium, but will it be enough?” she asks.

MODERNIZING MAKEOVER
“Health Canada is undertaking what I’ve been calling a modernizing makeover,” says Sara Zborovski, a Toronto-based lawyer who assists companies in complying with the regulatory requirements of the Food and Drugs Act. Part of that modernization is a revamping of the inspection system under the Safe Food For Canadians Act, Zborovski says. Another aspect of the makeover is the regulatory modernization. “Health Canada is looking at all of their regulations which were all promulgated at different times, which means that they have overlapping and sometimes inconsistent requirements, especially around labelling,” she says. “They’re basically doing a big clean-up and as part of that they’re looking at market access issues, definition issues, composition issues.”

There is no doubt that the proposed changes have a political aspect to them. They bring Canada’s labelling requirements in line with our neighbours to the south and serve as a signal to voters that the government and Health Canada are listening to growing concerns about nutrition and health. Still, the underlying movement among consumers towards greater awareness of what they consume is very real.

“Consumers really are wanting to understand what they’re ingesting,” said Kathy Perrotta, VP Ipsos Reid, in a presentation at the recent Food Innovation and Marketing Forum in Toronto. In previewing Ipsos’s Canada Chats 2014 report on consumer behaviours, Perrotta noted that consumers are reading nutrition labels more than ever before. They are paying attention to ingredients of concern like sugar and sodium, and closely watching their caloric intake. “Doing things in moderation is a high priority for consumers,” she said.

Speaking of trends in consumer behaviour, there is growing concern about GMO foods and whether they should be labelled in the grocery store. Some manufacturers already label their foods as non-GMO as an incentive to consumers, but there is no regulated system investigating those claims, just a personal commitment one company makes with its clients. That could soon change, says Zborovski.

“The consensus [about GMOs] in the industry is that this might be here to stay, whether or not we agree with it,” she says. “Whether not Health Canada agrees that there is a safety concern, which at present it doesn’t, the movement is being largely driven by our trading partners in Europe and the U.S.” In the near future, the Canadian food industry may not have a choice about labelling GMO foods if they want to continue exporting their products.

Consumers are driving label reform based on what they believe to be the benefits and dangers of the foods they eat, Zborovski says. Those beliefs are not always grounded in scientific evidence, but they do represent a growing awareness of nutritional issues.

“Right now we’re hearing a lot about sugar, fat, sodium. All those things are bad for us. GMOs are apparently bad for us, non-organic food is bad for us,” she says. “If industry is going to reformulate all of their products and redo all of their packaging to comply with what consumers want today, there’s nothing to say that those trends won’t shift in the future.”