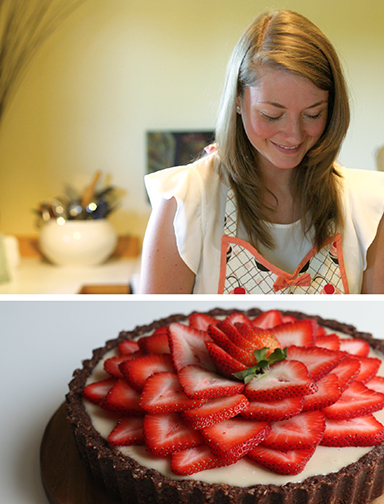 The small Toronto-based business is the byproduct of Gallagher’s passion for healthy cuisine. After being introduced to raw food through a friend at university, Gallagher started making her own desserts for friends and family. Her spare time was spent in the kitchen trying out new recipes and it wasn’t long before she moved to the city for culinary school. She immersed herself into the vegan community, eventually working as the raw vegan dessert chef in a prominent restaurant. Shortly after leaving the restaurant, Unbaked Cake Co. was founded in 2013. Since then, the company has won multiple awards for its raw desserts and has initiated a Kickstarter campaign to raise funds for new equipment and business plans. Gallagher is aiming to grow her company throughout the greater Toronto area and eventually open a storefront.

HOW “UNBAKED” ARE YOUR DESSERTS?
My desserts are “unbaked” because they aren’t actually cooked in the oven. This means that nothing is heated above 118 F. They are 100 per cent sugar-free, dairy-free, gluten-free, vegan, and raw.

WHAT ARE THE BENEFITS THAT COME WITH RAW FOOD?
In raw food, all of the natural enzymes and nutrients remain intact. Not only is this beneficial to boost and help with digestion, but also helps to fight chronic disease. Growing up, I struggled with acne and stomach problems and raw food has played a significant role in clearing them up. My current diet is about 80 per cent raw, and I always find that when I’m eating raw I feel my best – both physically and mentally.

WHAT ARE SOME SPECIAL INGREDIENTS THAT YOUR COMPANY USES?
I think all of the ingredients we use are pretty special. Most are superfoods and have such amazing health benefits. Some of them include: cashews, coconut oil, cacao butter, raw cacao powder, and spirulina. 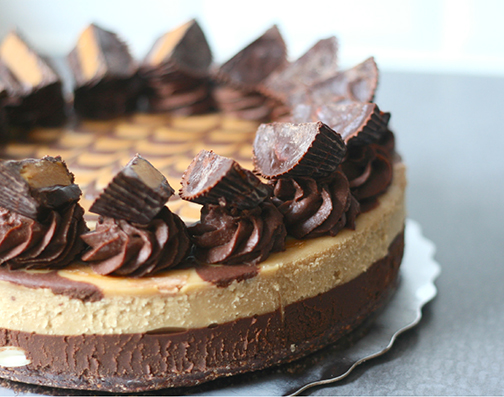 WHO DO YOU GET YOUR BAKING AND BUSINESS INSPIRATION FROM?
Typically, my inspiration comes from what’s in season. I absolutely love going to the farmer’s market on a Saturday morning and just letting the produce speak for itself. I also tend to recreate vegan and raw vegan versions of my favourite non-vegan desserts.

WHAT WAS THE RAW FIRST DESSERT YOU EVER MADE?
The first raw dessert I ever made was a raw vegan apple pie. It’s so simple, and still one of my favourite recipes to this day!

WHAT’S THE WEIRDEST INGREDIENT YOU’VE EVER UNBAKED WITH?
I’ve used some pretty strange ingredients but I’d have to say Irish moss takes the cake. Irish moss is a type of red algae that grows along the rocky parts of the Atlantic coast of Europe and North America. It’s the raw vegan version of gelatin and can be used in puddings, cakes, and sauces.