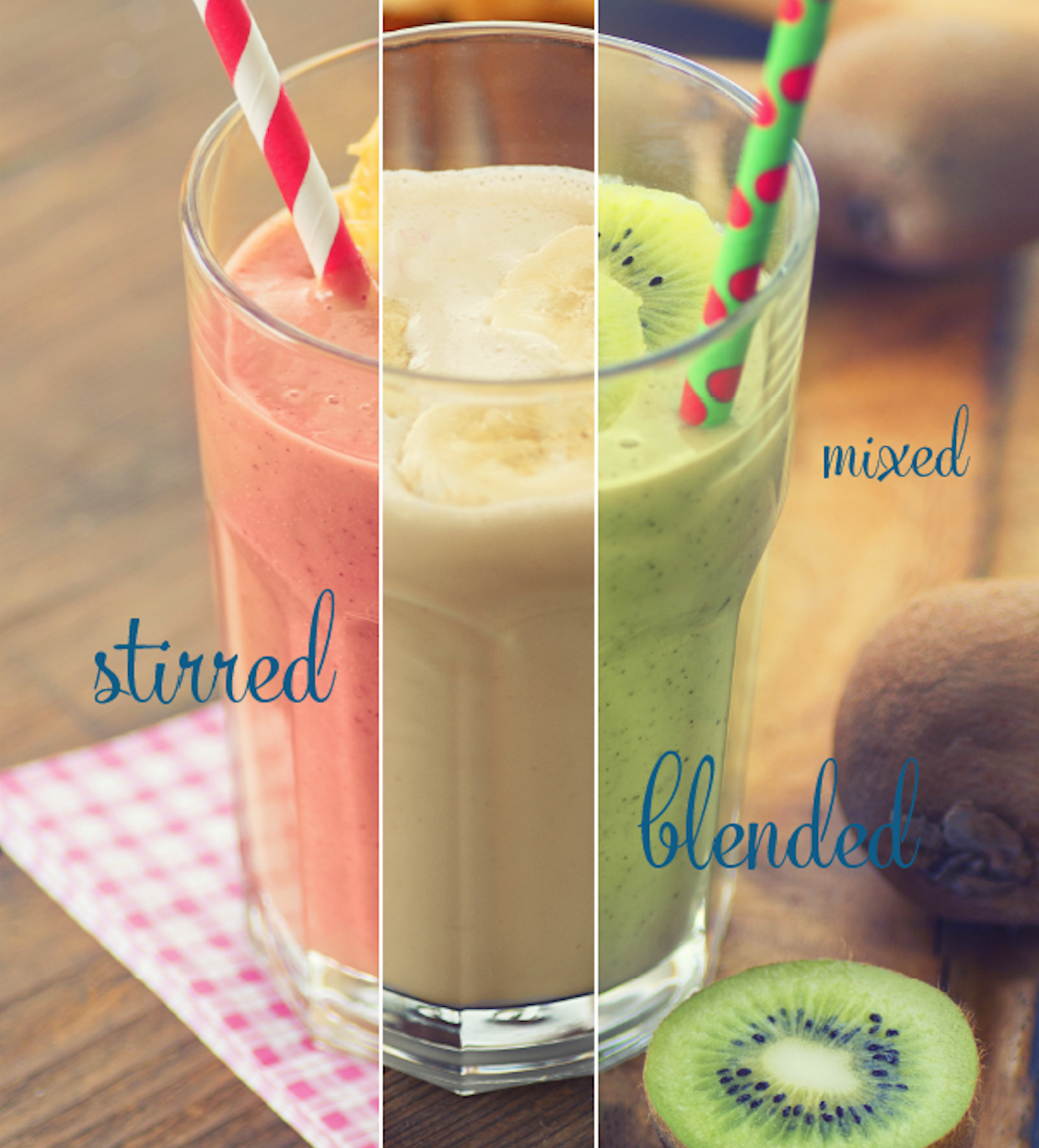 Smoothies make breakfast fun again, says Dr. Mehmet Oz. The American cardiothoracic surgeon and television health guru has been promoting smoothies as part of his Oz Cleanse, which he developed with The Biggest Loser dietitian, Rachel Beller.
“All too often, we’re skipping what truly is the most important meal of the day because we’re rushing out the door,” Oz says. “I like to throw all of my ingredients into the blender the night before and store it in the fridge. That way in the morning, I can just blend things up and head out the door.”

It’s no wonder then that when Canadians are looking for a healthy breakfast drink, they increasingly reach for a smoothie. When stopping to eat a sit-down breakfast meal is not in the cards, Canadians often opt to replace it with the blended beverage, according to consumer data from Ipsos Reid, an independent market research firm. “It meets a lot of needs,” says Ipsos Reid vice president Kathy Perrotta.

Oz agrees. “Smoothies are a great, easy way to ensure you’re getting fruits and vegetables into your diet,” he says. “You’re getting the vitamins, minerals, and antioxidants you need straight from the source.”

The Oz Cleanse is filled with all sorts of creative smoothie alternatives to traditional breakfast meals. Instead of the scrambled eggs with sliced fruit, Oz suggests making an A.M. Citrus Body Fuel by blending a banana, an orange and some protein powder. Instead of enjoying steel-cut oats with apples and almonds, Oz takes those same apples and almonds and blends them into the Apple-Almond Super Juice. 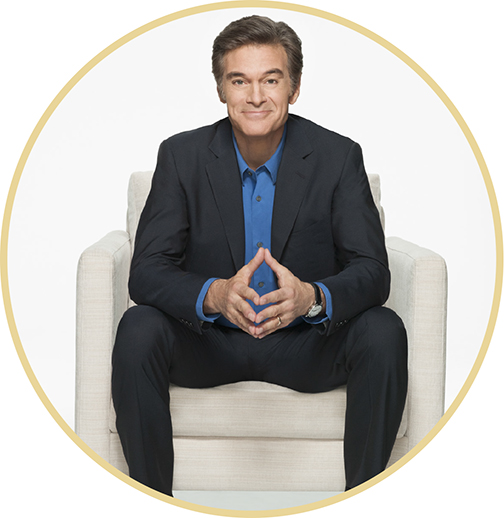 There seems to be no limit to what goes into a smoothie or how much. It all depends on the consumer’s taste preferences and what happens to be in their fridge at the time. All the possible eclectic mixes of fruits and vegetables make smoothies hard to pin down, but Oz says that, as long as you avoid “sugary add-ins and fatty fillers,” the sky is the limit.

“When it comes to ingredients, it’s all about quality, not quantity,” he says. “My green drink [see recipe on next page] packs in several servings of both fruits and vegetables, and in general, you’ll likely be able to blend up at least three cups of fruits and veggies before the blender starts to overflow.”

In Canada, smoothies seem to be most popular among the younger generation. Twenty-one per cent of smoothie drinkers are 18 to 24 years old, also known as trailing millennials, who also account for 11 per cent of all beverage consumption in Canada. “They drink more than their fair share of smoothies,” says Perrotta. The reasons trailing millennials give for drinking smoothies are very revealing about the motivations behind their consumption habits. They are concerned about health and fitness, and try to avoid artificial ingredients, but at the same time, they want to drink beverages that taste good. The 18 to 24 set views smoothies as a sweet treat, a “reward,” after a good workout.

Smoothie drinkers like that the drink not only tastes good, but is made with real fruit and that the sugar in it usually comes from a natural source. And of course, they love the convenience. “They can be consumed easily on the go, which is something that millennials embrace,” Perrotta says. “They’re portable.”

When consumers don’t have the time or inclination to blend up their own smoothie creations, there is a wide selection of commercial brands available to slake their thirst. Grocery store shelves are stocked with brands like Oasis, Arthur’s and Bolthouse Farms that offer consumers the ultimate convenience of pre-blended smoothie drinks. 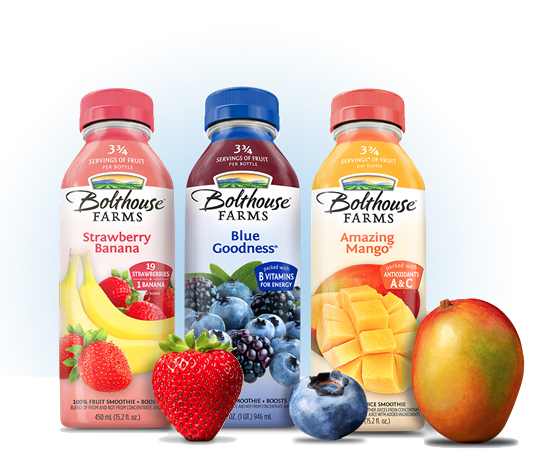 Bolthouse, known for its health-conscious food products, offers a wide range of beverages, from organic carrot juice to protein drinks. It also sells a selection of 10 smoothies, which were launched in the U.S. in 2003 and in Canada soon after. The most popular flavour in Canada is Strawberry Banana, with the Green Goodness smoothie – an exotic blend of green tea, kiwi, spinach, barley grass, wheat grass, and Nova Scotia Dulse (that’s a type of seaweed) – coming in second.

“We have a really, really smart group of experts at blending ingredients,” says Brand Director AJ Bernstein. “They spend a long time developing each flavour and we do external sensory testing to make sure it meets our flavour standards.”

Balancing taste with health concerns, Bolthouse avoids artificial sugars in its smoothies, says head of communications, Regan Phillips. “All of our smoothies, the sugar that you get from them is from the actual fruits and vegetables themselves,” she says.

The popularity of smoothies among Canadians is a combination of convenience and taste, says Cara Rosenbloom, registered dietitian and founder of Words to Eat By, a nutrition education resource and communication company. “When you ask Canadians what is the most important thing when they’re eating, taste is always paramount. Because smoothies taste good, because they’re usually fruit-based and they have a sweetness to them, they’re easy for people to accept.”

But the amount of sugar in some smoothie brands can be a concern, Rosenbloom says. “You’re thinking, ‘Wow, I just drank all the fruits and vegetables I need for a day,’” she says. What many consumers don’t know, she adds, is that some smoothies are made from fruit concentrate, which “doesn’t count as a serving of fruit; it’s just plain sugar.”

Just because the sugar comes from fruit, Rosenbloom says, doesn’t mean it’s any healthier. There’s a big difference between the 10 to 15 grams of sugar you get from eating a whole fruit and the 55 grams of sugar extracted from the same fruit to make a concentrate, she says, with the sugar content in some smoothie beverages comparable to what’s in a soft drink. “Your body doesn’t differentiate.”

Smoothies are primarily consumed as a breakfast drink, often replacing the meal itself, according to the Ipsos Reid data. The problem is, they may not be as filling. Smoothies that are loaded with fruits but leave out protein may satisfy hunger in the moment, but have the same crash and burn effect of a sugary food or beverage. “You want there to be a source of protein,” Rosenbloom says. “Protein helps keep you feeling a little bit more full and it blunts the effect of pure sugar going into your bloodstream.”

Oz recommends, when using smoothies as a meal replacement, including ingredients that are high in protein and fiber, like chia seeds, nut butters and silken tofu. “A well-planned smoothie can replace a meal,” he says. “You just need to be sure to include the right ingredients that will fill you up and keep you satisfied.”

Dr. Oz’s 4-part Smoothie
1) Start with the base: yogurt, silken tofu, some sort of low-fat liquid
2) Add your fruits and veggies
3) Give it a healthy protein boost with ingredients like chia seeds or nut butter
4) Sweeten and flavour your smoothie: cinnamon, ground ginger, lime zest, and honey are all great options

Share
Previous Maintaining Gut Health with Probiotics
Next Under Attack