The global ice cream market managed to muster a 3% increase in 2014. Global volume sales of ice cream climbed slightly faster (4%), reflecting the category’s expansion in emerging markets. China has replaced the U.S. as the world’s largest ice cream market, accounting for a third of all ice cream products sold in 2014, and becoming the powerhouse of the global market. 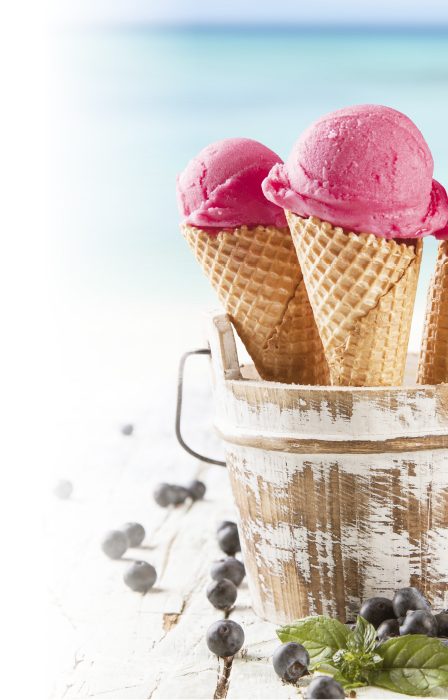 Meanwhile, global volume sales growth of ice cream mainly reflects the category’s expansion in emerging markets. Growth has encountered challenging conditions in more developed markets, including competition from other categories (eg yogurt), growing consumer concerns around health and dieting, as well as the perennial challenge of unseasonable weather. The U.S. experienced no annual growth between 2013 and 2014, while the Chinese market saw a mere 8% growth and Russia 7% growth during the same time period. As the world economy’s centre of gravity continues to shift away from the West, these challenges give ice cream giants all the more reason to extend their presence and new product development (NPD) investment in emerging economies, as well as pursue flavour inspirations to spur growth and reengage consumers.

North America’s Ice Cream Bowl
Challenges continued to pose threats to the North American market as steady post-recession increases in new product innovation halted in 2014 with -24% NPD from 2013-2014. Further, North America accounted for only 15% of global retail ice cream and frozen dessert NPD trends from 2013-2014. All types and formats of new product launches were affected, especially dairy-based types and stick/bar formats. However, according to Mintel data, across most segments – including frozen ‘novelty’ treats, gelato, sherbet/sorbet/ices, frozen yogurt and ice cream – consumers say they are buying the same as last year. One segment where purchases have increased, however, is non-dairy frozen treats with nearly 45% of consumer saying they are buying more.

Despite potential challenges facing the ice cream market in 2015, we’ve identified three key emerging trends that will effect change across the industry, including:

• The market continues to fragment. While leading companies own the share of voice, the total number of companies increases making the market more crowded than ever.

• Currently, the U.S. is leading the way for launch activity in handcrafted ice creams, likely relating to the market’s size and maturity.

• These products can offer innovation inspiration to other markets, specifically with regard to sourcing ingredients from local farmers and using packaging as a distinguishing selling point that celebrates – and appeals to – a sense of individuality.

• Claims on ice creams and frozen novelties focus on “absence of negatives”. The most prevalent per cent change in claims from 2013 to 2014 include GMO-free (35% increase), hormone-free (nearly 25% increase), no additives/preservatives (20% increase), and low/no/reduced calorie (nearly 20% increase). Organic, seasonal and slimming claims all decreased between 2013 and 2014.

• Overwhelmingly, consumers claim to be buying less ice cream/treats because they are unhealthy, as opposed to too expensive.

• While health attributes are importance, they are not essential for a third (33%) of consumers.

• Still, companies are offering consumers more “better for you” options in the way of Greek yogurt options, smaller portion sizes, and better ingredients including vegetables, oats, soy and dairy free.

• The most common retail purchase driver for ice cream/treats in the U.S. is flavour (nearly 70%).

• Latest flavour innovations are taking a page out of confectionary’s playbook and combining sweet with salty, including salted caramel and salted vanilla flavour combinations. In an attempt to attract the more sophisticated palates of some adults, brands are incorporating everything from bitter fruits and vegetables, to cheese and alcohol, creating signature flavours.

The ice cream market continues to feel the heat from consumers to provide better-for-you options, but the category is responding in a range of ways to meet this demand. Flavour drives consumers purchase across the category, creating the biggest opportunity for innovation. And finally, brands are looking to some of the smallest companies for the greatest innovation. We may see larger firms adopting those ideas in the seasons to come.