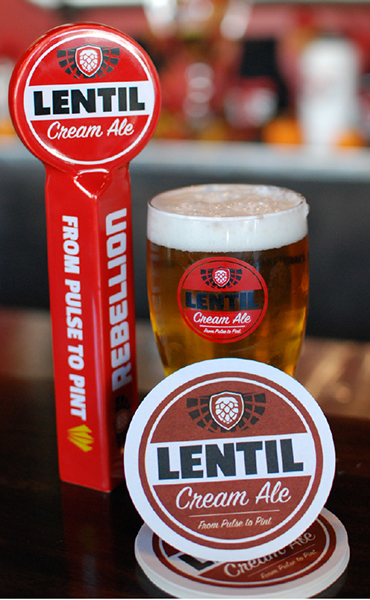 Saskatchewan Brewmaster Mark Heise knows a thing or two about founding a successful brewery. According to Heise, the three key ingredients needed to start a brewery include solid business sense, the ability to brew a great beer and, most importantly, lots of money. “Don’t open a brewery because you’re looking to make money,” says Heise. “You have to be passionate about it.”

There’s a lot of passion behind Rebellion Brewery, a craft beer brewery founded by Heise and his business partner, Jamie Singer. The two met during a homebrew competition in 2006, where Singer took first place to edge out Heise in second, and quickly became friends out of their shared passion for craft brew. Naturally, it took no time at all for them to decide to open their own brewery in Saskatchewan.

The philosophy behind Rebellion Brewery is to dispel the notion that beer drinkers in the Prairies only have a taste for bland brews. They do this by brewing high-quality beer and highlighting the distinct, local flavours of Saskatchewan such as sour cherries, strawberries and barley. “It’s a way to differentiate yourself and make yourself unique from any other generic product in the market,” says Heise. “I try to use the word ‘community’… actually supporting other people in the community, whether it’s charity work or buying their products,” says Heise. “Everyone is local to some jurisdiction, but are you actually part of the community and contributing? That’s how we view Rebellion [Brewery].”

The brewery opened its doors in late 2014, and Heise describes the consumer response as “overwhelming,” especially important since the company doesn’t have money to spare for marketing campaigns. Hype around Rebellion Brewery grew from word-of-mouth, which Heise describes as genuine and honest.

As a certified beer judge who has placed at the National Homebrew Competition, the world’s largest homebrewing competition, two years in a row, Heise has a keen palate for distinctive and flavourful brews. When his cousin, an employee at AGT Food and Ingredients, approached him to try brewing beer with lentils, Heise was skeptical. He was sent a test batch and was amazed to discover how flavourful the beer was. Once he did his research and discovered that, not only was Saskatchewan the epicentre of lentils, but that only two breweries in the world brew with lentils, he knew using lentils was a “no-brainer.” The fact that 2016 was named by the United Nations as the “International Year of Pulse” was the cherry on top.

Rebellion Brewery’s Lentil Cream Ale is the company’s lightest beer, with a flavour Heise describes as a pleasing, earthy taste that appears slightly hazy. “Because the lentils are so nutrient-rich and they’ve got so much protein, the protein adds a lot of body,” says Heise.

“The lentil beer was a way to get at some of those farmers who do grow lentils, who probably wouldn’t ever think to try craft beer,” says Heise. “Now they hear about this lentil [beer] and say, ‘yeah, I need to try that, because I grew some of those lentils.’”