Western brands must adapt to a changing demographic landscape

The 2011 Census identified one in five Canadians as being foreign-born. Statistics Canada forecasts the share of foreign-born Canadians to increase in the coming years as immigration levels continue to outpace the national birth rate. This will likely influence the taste profiles of Canadians and their openness to trying ethnic-inspired foods. For established manufacturers in Canada, this means they need to innovate to Canadians’ evolving preferences by addressing the flavours and food types consumers favour. Over half of Canadians (57%) agree that they are more open to eating ethnic-inspired foods now than they were a few years ago. This further suggests that the evolving ethnic landscape is having a profound effect on what Canadians eat.

Established manufacturers need to consider that in Canada it can be difficult to position top-tiered products to any one population segment. This is a reflection of the overall population size within Canada, which sits at just under 36 million as of October 2015, well under America’s more than 320 million. That said, manufacturers need to account for both emerging growth opportunities that may support trial and “buzz”, identified in this report as being African and Southeast Asian cuisines, while also looking to international foods more commonly eaten. Consumer feedback collected identifies Chinese (89% have eaten in the past three months), Italian (84%) and Latin American/Mexican foods (82%) as enjoying the broadest levels of usage and consideration among Canadians.

The challenge for manufacturers is to provide food offerings that are seen as being both authentic while also relatable and somewhat familiar to maximize opportunity for trial among Canadians. Only a third (33%) of consumers agree that they prefer “Canadianized” versions of ethnic-inspired foods (e.g. mild flavours and familiar ingredients), yet a trip to an ethnic grocery store reveals a wonder of international foods that are likely unfamiliar and less palatable for most Canadians. Pig’s heart is one such example. As such, the authenticity needs to be tempered in certain instances when looking to reach a mass audience.

Almost three quarters (72%) of Canadians agree that they turn to ethnic-inspired foods to break the monotony at mealtime. At 77%, moms are more likely to agree with this statement. This speaks to the broader role that ethnic-inspired foods play in meal preparation among Canadians. Canadians need help when it comes finding new dinner options. The figure noted suggests that they are becoming bored with ‘typical’ options, but on the upside, mostly all food manufacturers can infuse ethnic-inspired flavours into their meal offerings in the form of sauces, seasonings, sides and/or pre-prepared or semi pre-prepared meals.

While most companies have a strategy to leverage ethnic-inspired flavours and/or cuisine in expanding their product lines, the challenge for companies is to figure out what consumer demands or interests are not currently being met. There are two notable opportunities when looking across international cuisines. When asked what foods consumers have not eaten but are interested in trying, African foods rank first with half (50%) of Canadians citing an interest followed by Southeast Asian foods (e.g. Filipino), which immigration statistics suggest is an area of opportunity based on the high rate of newcomers from the region. (Filipinos represented the fastest-growing immigrant group between 2006 and 2011.)

With respect to African foods in particular, the culinary landscape fits well with the top reason consumers cite for eating ethnic-inspired foods, which is exploring new flavours (63%). As also mentioned, most consumers agree that they like to experience other cultures through food (73%). As noted through examples cited when discussing usage and interest in specific ethnic foods, the continent offers a panoply of foods, flavours and cooking styles that are relatively unknown in Canada as the data suggests with only a fifth of Canadians claiming to have eaten African foods in the three months leading to November 2015.

Foreign-born consumers show an interest in experiencing dishes across cultures other than their own. Specifically, they are more likely to agree that they like to experience other cultures through food (81% vs 71% among those born in Canada). Furthermore (and perhaps not surprisingly) foreign-born consumers are also significantly more likely to agree that they prefer to make ethnic/international foods from scratch (51% vs 37%) and see foreign brands as being more authentic (45% vs 38%). While this points to the added importance of authenticity for those in this consumer segment, it does not mean the foreign-born ethnic food enthusiasts are more apt to shun convenience. This is suggested by their equally stated interest in pre-packaged ethnic-inspired meals that only require heating (36%) as those born in Canada.

Foreign-born consumers are also less likely to be prone to sticking to “the traditional”. When asked what ethnic-inspired offerings they would be interested in trying, these Canadians are more likely to cite fusion foods that cross flavours from different countries or regions (44% vs 37%). Consumers in this segment are also more likely to claim an interest in snack items with ethnic flavours (42% vs 36%), which suggests having a potentially broader flavour profile outside the core meals occasions. Broadly, this also suggests opportunities for retailers and manufacturers to expose new and established Canadians to new and perhaps less familiar flavours with those they may be at ease with through fusion.

Canada’s population growth is and will continue to rely on immigration. This will undoubtedly continue to affect many aspects of Canadian culture with food being no exception. Most Canadians accept this change and are eating more ethnic-inspired foods than they used to. These foods are a means to explore other cultures, the top reason Canadians cite for eating international foods. 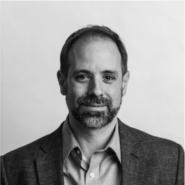 Joel Gregoire is
Senior Food and Drink Analyst at Mintel.