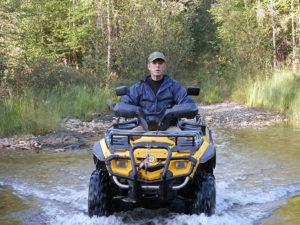 JoJo Cormier has spent much of his last 40 years in the boreal forest of northern Manitoba, taking in the sights and spectacles that the great Canadian wilderness has to offer. His experiences living off the land were part of the inspiration behind The Bushman’s Bar, a gluten-free snack bar his company, Boreal Berry Bar Inc., sells in Canada. The other inspiration came from his wife, Dr. Karen Cormier, who suffers from celiac disease.

The bar is made up of ingredients including wild rice, honey, wild blueberries, and sour cherries, all of which can be found in the boreal forest. “Very few people know we grow wild rice in the north on our clean lakes and rivers,” says Cormier. “I’ve lived off wild rice my whole life up here in the north; it’s very high in fibre and there are a lot of benefits to it.”

Observing the eating habits of native animals in the forest has informed his understanding of the ingredients. This has allowed Cormier to incorporate the ingredients into his own diet, versus studying them in a lab. “I’m not a food scientist, I’m just a bushman,” he says.

The bar’s simplicity is also what makes it appealing.  “A six-year-old kid can pronounce each and every ingredient,” he adds.

As for the business side of things, Cormier says it’s still difficult for a small company to make it in Canada’s food industry due to the dominance of big corporations. His company received help from the Saskatchewan government in the form of the Ministry of Agriculture’s Saskatchewan Agri-Value Initiative (SAVI). It was through SAVI that Cormier and his wife were able to receive grants to fund their business back in 2013. “Without them we would have never made it,” he says.

Cormier says part of the bar’s success is also its distinctly Canadian branding, including the flag on the packaging.  “We’re right on the border of Manitoba and Saskatchewan and I see all the wild rice leaving the north and being shipped to the U.S., truckload after truckload,” he says. “I think there should be more and more things made in Canada. That’s what people are looking for.

“We’re all Canadians and that’s what we’re selling. We’re trying to sell the north to the world. To let them know we have great resources in our great Canadian north and throughout Canada.” 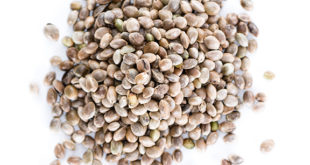 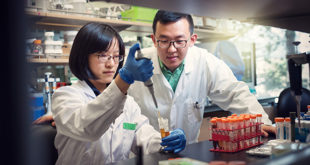