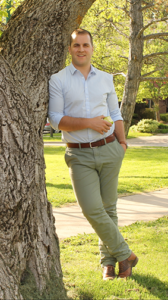 There is a growing conversation in the global food industry surrounding two paradoxically different, yet similar problems: food insecurity and food waste. While Canada’s food banks have felt more pressure than ever to feed families, grocery stores and restaurants continue to throw out unsold product at an alarming rate. “Last year there were 880 million people that suffered from hunger and there was an estimated 2.5 trillion pounds of food thrown out from farm to consumer,” says Josh Domingues, CEO of Flashfood. “Our company’s mission is to fix that problem.”

Flashfood is a new, free app set for a soft launch in Fall 2016, developed by Domingues and his team, which offers a solution to Toronto’s food waste problem. Acting as a go-between for food vendors and consumers, Flashfood provides vendors with the opportunity to offer discounts on surplus food. These deals can be purchased by consumers in-app, who can then pick up the food during an indicated time window. There is no word on which vendors have signed on yet, but Domingues says he has been in talks with one of Canada’s big three grocery chains.

“All that Flashfood is doing is giving Canadians a chance to make a change and do it in a way that’s not sacrificing our current way of life,” says Domingues.

What was the inspiration behind Flashfood?

My sister is a chef and she was working for a catering company. She gave me a call pretty late one night after leaving a convention centre they had worked with for a big event, and she was pretty upset. She said she had thrown out roughly $4,000 worth of food. She was upset because she was walking by homeless people on the way back to her place and it was frustrating to her why this problem happens. That really opened my eyes to look into the issue.

What has been the biggest hurdle toward launching the app? 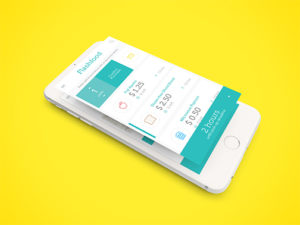 There have been three massive hurdles. The first was getting in front of grocery store executives, real decision-makers, explaining our story and having them buy in from that perspective. The second was putting this together from a technology perspective so that it was a very easy process and user-friendly. The third and final, that we feel, is the experience in-store, whether it’s a grocery store or a restaurant, so that people can easily come, pick up their food and leave having a good experience and wanting to tell their friends or family about it.

Why has there been a lack of action on the issue of food waste?

I think that people don’t really realize the magnitude of the problem. There’s been more research done recently and the public is now starting [to become aware]. I think we’re still 12 to 15 months ahead of this being a really popular topic and something everyone understands, but I think we’re getting toward that point.

How will technology shape the food industry in the next decade?

It’s not this dirty secret that grocery stories have been hiding forever, it’s just from their perspective, it’s very difficult to distribute all this food to different organizations and make sure it’s safe to eat, they don’t have any liabilities and there’s no heavy costs associated with doing it. I think that technology in the next 10 years is going to completely change the way that food is being distributed. In Canada we have an opportunity to make it completely change in the next year-and-a-half or two years and to be a real leader in this space internationally.