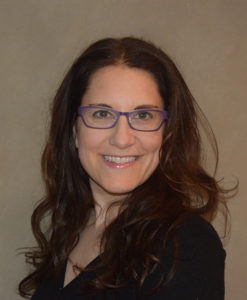 With food comes eating, and there’s no better person to ask what to eat than Registered Dietitian Cara Rosenbloom.

The nutritional expert from Toronto delivers much-needed messages about smart eating to consumers, encouraging them to eat wiser. Making regular appearances on television, she’s a familiar face on Breakfast Television, Global’s The Morning Show and news, and even a recognizable voice on the radio.

She combines her two passions of writing and food in her blog, Words to Eat By, and her recipe book, Nourish. The blog was named one of the top 100 nutrition resources on the web in 2014. She was also the dietitian for Canadian Living – writing tips and advice for aspiring healthy Canadian eaters. Rosenbloom advocates healthy eating in conferences and cooking classes across Canada and the United States, even appearing in schools to inspire children.

What do you think about the vegan diet trend?

I think plant-based trends or vegan, semi-vegan, or flexitarian diets are growing because of concerns over how we treat our planet, sustainability, the ethical treatment of animals, and having more plant-based meals readily available at restaurants and grocery stores… I don’t see it as a trend; I see it as a really popular lifestyle choice. It’s been around for a long time and is growing in popularity and is not going anywhere, so that’s definitely not a trend, that’s something that’s here to stay. 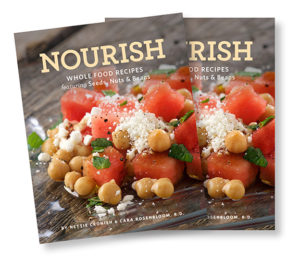 In this age where convenience is sometimes king, how can processed or packaged foods play a role in healthier eating?

I definitely think that we should differentiate between packaged foods and processed foods because I don’t think they necessarily are the same thing. There are many foods that come in a package as the most convenient way to get them home from the grocery store. Bagged lettuce, plain Greek yogurt, whole grain spaghetti in a box, and frozen peas are in a package but these are certainly not processed foods. I think people should definitely incorporate foods in a package because they can be convenient.

Are people are eating healthier now versus 20 or 30 years ago?

As a kid, did you like candy and chips?

I was always more excited when my mom would make veal picatta with linguine and fresh parsley and lemon sauce, or her chicken… She would cook such amazing meals that were beyond the scope of your typical mom in a kitchen, and it was always inspiring to taste those things that tasted so much better to me than chips or a chocolate bar.