What’s in a label?

This is the next step in Health Canada’s Healthy Eating Strategy, which was announced by Minister Philpott earlier this fall with the launch of the revision of Canada’s Food Guide. The strategy aims to make healthy food choices the easy choice for all Canadians and lays out how Health Canada will deliver on the government’s commitments to reduce sodium in processed foods, eliminate industrially produced trans fat, provide consumers with more information about sugars and food colours, and introduce restrictions on the commercial marketing of some foods and beverages to children.

Included in the labelling amendments are changes to the regulation of serving sizes to make comparing similar food products easier. The government says more information on sugars will also be made available, including a % DV for total sugars in the Nutrition Facts table, and the grouping together of sugar-based ingredients under the name “sugars” in the list of ingredients, but there is already confusion in mainstream media about the value of this change in particular.

In addition, all food colours will be declared by their common name rather than the generic term “colour”, and the list of ingredients and allergen information will be easier to read. Health claims will also be allowed on fruits and vegetables, regarding the health benefits of these foods.

“We have updated nutrition facts tables on pre-packaged foods in a way that is based on science and that will meet the needs of Canadians feeding their families,” said Minister Philpott in a statement. “We are also consulting on innovative ways to present nutrition information on food labels, such as front-of-pack labelling, to help Canadians make healthy choices on sugars, sodium and saturated fat.”

These food label changes are being made after two years of consultations with consumers and stakeholders. During the consultations, the majority of respondents said improvements are needed to both how and what information is provided on food labels to reflect the latest science and allow consumers to easily compare products when shopping.

Industry has until 2021 to make these changes. The timeline will align with other labelling changes proposed including front of pack labelling as well as some label modernization measures being proposed by the Canadian Food Inspection Agency.

What are your thoughts? Are the new requirements fair? Do they go far enough? Let me know at trogers@dvtail.com. 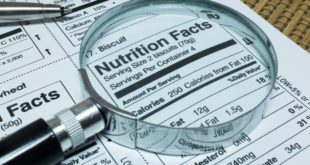 Three Pandemic Trends That Are Here to Stay

From farmers and grocers, to breweries, bakeries and meal prep companies, everyone is getting on the innovation bandwagon.