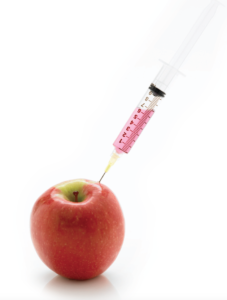 manufacturers can gain a lot from adding certain natural ingredients to their products, but the process is not without its challenges. Adding proteins, probiotics or phytoplankton to the recipe of a food product can add value in terms of health profile, but it requires a lot of adjustment to the taste, mouth feel and functionality of the product.

The biggest challenge is managing consumer expectations, says Jill Baxter, Commercial Director of Cambrian’s Natural and Organics commercial food group. Consumers are looking for the health benefits that come with reduced sugar, lower glycemic index and high protein, but still want the taste of a product with high-fructose corn syrup or refined sugar, she says.

Part of the role of Baxter’s group is walking Canadian manufacturers through the process of getting products to market with natural, healthy ingredients. “We source functional, natural, certified organic, non-GMO ingredients from around the world and work with Canadian manufacturers on getting their products to market as soon as possible, staying aligned with industry trends and Health Canada and FDA regulations,” she says.

Sweeteners like tapioca syrups, rice syrups, coconut nectars, and grape sugars are being used by manufacturers to reduce the sugar content of their products or take sugar off their labels entirely, Baxter adds.

“Some of the challenges we hear [from our clients] are definitely off notes with flavour, mouth feel, functionality,” she says. “They’re not getting the same colour in a baked product with switching to a liquid syrup, or they’re not getting the protein level, or the bar doesn’t taste very good with the type of protein they’re using, so we’re helping them with masking flavours.”

Toronto-based Lallemand develops, reproduces and commercializes yeast as an industrial product. Its inactive yeast and yeast derivatives are remarkably versatile in that they bring healthy attributes to a food product while also improving taste. “We’re taking advantage of the composition of yeast and all it has in terms of macronutrients, micronutrients, and based on the composition of that inactivated yeast product we can generate fractions that will have higher levels of compounds of interest,” says Jacinthe Côté, Scientific Advisor at the company’s Bio-Ingredients Division. “We commercialize it for companies that will buy these products and then make tablets or mixtures with other active compounds.”

The yeast is rich in proteins, fibre, and is also a good source of B vitamins and other minerals, Côté says. The yeast products also have high levels of glutathione, a compound known to have antioxidant properties. It is also a compound that is known to have an impact on the flavour of food. “Yeast naturally contains glutamic acid [which] is known to improve flavour in food and contribute to the taste [profile] umami,” Côté says. “Glutathione seems to interact with the nucleotides [that naturally occur in yeast] and glutamic acid to generate another taste… called kokumi.” Umami is a savoury taste often associated with meat, while kokumi is the complex synergic taste of ingredients that have had time to interact together in a dish left to marinate overnight.

Lallemand deals with brewed yeast that is a byproduct of the fermentation process and used as nutrients in food, as well as primary grown yeast that is heat-inactivated or separated into fractions that are rich in protein and fibre. “Those fibres are… rich in beta-glucans and in mannans which are two types of complex polysaccharides that can have really good impact on the immune system of living organisms.”

The yeast can be incorporated into domesticated animal feed where the mannans support the animals’ immune systems and help them cope with the stress of captivity, Côté says. These benefits are also possible for humans. The glucans in the yeast interact in the gut, binding with pathogens and preventing them from adhering to the gut and causing infections.

Another ingredient that is gaining popularity is probiotics, or good bacteria. Quebec-based brand YogActive has been producing probiotic cereal products for over a decade but Marketing and Sales Manager Jason Bellas says the benefits of probiotics are still not widely understood. “We’ve found a niche consumer group that are very loyal to the product,” Bellas says.

The YogActive cereal’s star feature is its probiotic yogurt pearls that contain the bacteria lactobacillus acidophilus (LA-5), which, among other things, increases good vaginal bacteria in women. The yogurt pearls also happen to taste like white chocolate, says Bellas. The cereal and the yogurt pearls are manufactured in Germany by the company Brüggen.

“To my knowledge, to be able to even make a claim to probiotics is extremely extremely difficult in Canada and Bruggen was actually able to do that,” Bellas says. Making such a health claim requires the manufacturer to show that its product contains one billion colony forming units (CFUs) of bacteria per serving and that measure is taken when the product is near the end if its shelf life, he says.

“I have seen it happen where a few cereals, they’ll make a claim of probiotics in a foreign market, but then a couple months down the road you see that the probiotics claim is no longer there,” Bellas says.

YogActive has managed to hold onto its probiotics claim in a market where probiotics are gaining traction among consumers as more and more understand its benefits. The cereal is quite expensive due to the special aluminum packaging YogActive uses to protect the bacteria culture of its yogurt beads and because of the product’s costly manufacturing process. YogActive also happens to be GMO-free, which is a big plus in Canada, Bellas says. In Germany, where it is manufactured, GMOs are banned.

Karen Marine Phytoplankton in Sackville, New Brunswick, is another food brand that is working with a European company to bring new natural ingredients to the Canadian market. The company sells its phytoplankton product, which is cultivated in Spain by the company Fitoplancton Marino, in capsule and powdered form. Karen recommends its customers mix its powdered product with yogurt or applesauce to mask the fishy taste.

Phytoplankton offers a trifecta of benefits, says Founder David Hunter: more energy, greater mental alertness and better digestion. Phytoplankton is a good source of B12 and may present a novel treatment for irritable bowel syndrome. Clinical trials are currently ongoing and if the results come back positive, there is a possibility that Karen’s phytoplankton could be registered as a medicine, without the need for obtaining a patent.

“Our next generation of products will be food,” Hunter says. The company partnered with another Spanish company, Gastromedia, to develop recipes for a nutritional bar, a muesli cereal and a protein powder product. Gastromedia also helped Karen develop high-end recipes containing the phytoplankton for executive chefs.

“It actually tastes pretty fishy, but if you microdose it, you wouldn’t really taste it,” Hunter says of the phytoplankton. He says the company plans to put phytoplankton in its food products, either in microbead or spray form. Karen doesn’t plan to make any health claims with these new products, but it hopes that with the proven success of its powdered and capsule products that contain greater amounts, consumers will make the connection.

“It’s more about supplementing your nutrition,” Hunter says. “So we’re not going to say that you’re going to eat your nutritional bar and your blood pressure is going to go down.”

Karen is currently in talks with Mississauga food manufacturer Sunny Crunch Foods and Sobey’s has indicated it would be interested in putting Karen phytoplankton products on its shelves.

Functional ingredients are an often invisible addition to food products, but when their addition enhances the product in some way, either with added health benefits or better taste, they can be the key to a food manufacturer’s success.