Hello and welcome to the Regulatory Arena! This regular column will highlight regulatory developments of relevance to the food and beverage industry. And what a year it is going to be for the food industry. Health Canada is in the midst of a “modernization makeover” and as a result, significant change is on the horizon.

Health Canada’s current modernization efforts are focused on: food inspection and safety; the regulations as a whole; and the requirements for food labelling. Certain themes are common to all of the efforts, and change is being driven by the realities of the changed (“new”) food industry. The industry is innovative, and requires regulations that can keep up with emerging science and technology. In addition, consumers are demanding more information on food labels and it seems lately, everyone is focused on food safety. 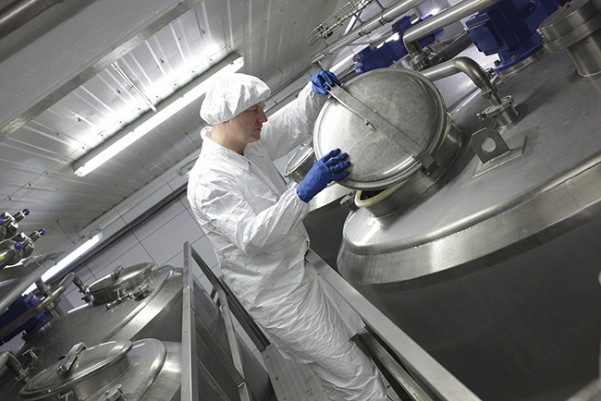 The Regulation of Food in Canada
In Canada, the manufacture and sale of food is regulated by the federal government. Health Canada, the Canadian Food Inspection Agency (CFIA) and Agriculture and Agri-Food Canada each play a role in developing and enforcing the regulatory environment for food in Canada.

The Food and Drugs Act and its Regulations address the safety and nutritional quality of food sold in Canada. Health Canada is responsible for setting standards relating to the health, safety and nutrition of food. The CFIA enforces Health Canada’s standards and administers and enforces non-health and safety standards, which are set out in a number of different acts and regulations. These acts and regulations create a patchwork of requirements, many of which are out-of-date and at times inconsistent with each other.

In November 2012, a cornerstone of the Food Inspection Model, the Safe Food for Canadians Act (SFCA) received Royal Assent. The SFCA consolidates four Acts and 13 federal food inspection regulations made under them. This consolidation reduces the patchwork of requirements referenced above, and it extends the reach of this omnibus food safety legislation to include all food that is imported, exported and prepared for inter-provincial trade.

Throughout 2013, the CFIA consulted with industry and stakeholders on the SFCA and through these consultations, we learned about some elements of the proposed regulatory framework.

One of the core tenets of the regime imposed by the SFCA is a robust system for licensing. Licensing and registration are not new to the food industry and are currently required in some cases. The biggest proposed changes are with respect to the scope of companies that would be required to be licensed (all regulated parties who import food or prepare it for inter-provincial trade) and the movement away from government registration of establishments.

The proposed framework mandates a traceability system which is at a minimum compliant with the Codex Alimentarius international standard and provides a new regulation making authority respecting product recalls.

The CFIA has announced that in “Spring 2014” it will release a Notice of Intent containing a discussion draft of the proposed new regulations under the SFCA. The CFIA will then seek input from industry and stakeholders on the draft regulations, and may also release guidance documents on specific aspects of the proposed new framework. The agency is targeting the end of 2014 for final publication of the regulations and their coming into force at the beginning of 2015.

So, lots to come on the food inspection modernization front in the months to come.

Food Regulatory Modernization: Where We’re At
The regulatory modernization project includes review of food-related regulations beyond just those directed to inspection and safety. Health Canada is streamlining a wide array of existing regulations to reduce redundancies and inconsistencies. The goal is to improve compliance by industry, and design a regulatory framework that can keep up with scientific and technical developments.

One of the most welcomed changes has been the recent amendments allowing for Marketing Authorizations (MAs) and Incorporation by Reference (IbR). These new tools allow for faster marketing of new products and label claims by improving efficiencies and have been welcomed by industry.

Food Labelling Modernization: Where We’re At
In addition to the above, the CFIA is developing a more modern food labelling system. Similar themes are driving change here as well: the food industry is innovative, the current requirements are inconsistent and make industry compliance difficult, and consumers want more information.

CFIA is conducting a detailed review of existing provisions to determine which requirements are still relevant and which have become outdated. The food labelling modernization initiative is ongoing, and we can expect to see draft recommendations and options in the upcoming months, following which there will be a further opportunity for CFIA to consult with industry and stakeholders.

And with that summary of the lay of the land, this column will provide updates on the happenings at Health Canada. Feel free to reach out if there is something specific you would like to read about. For more regular updates, please visit my blog: www.thefoodlawyer.ca