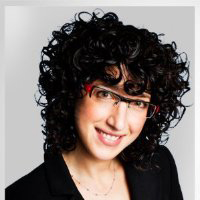 In recent years, an enormous amount of attention has been paid to food labels. We know that Health Canada is looking at labels as it modernizes our food labeling system. We also know that consumers are looking at labels; all food trend forecasting tells us that consumers are more interested than ever with how food is made and where ingredients come from.

Most recently, consumers are telling industry they want foods that are wholesome, authentic and “natural”. And industry is listening and responding; the number of natural label claims has substantially increased in recent years.

The problem: there is no clear sense of what it means for a food to be “natural”. The term is not defined in regulation, and while regulatory agencies have provided some guidance, a fair amount of uncertainty remains. Uncertainty is never good for business, and we have seen the implications of this uncertainty through regulatory actions and (primarily in the U.S.) food label-based litigation.
DEFINING “NATURAL”

The Canadian Food Inspection Agency (CFIA) has issued guidance to industry on the use of natural and, more specifically, on how the prohibition against false and misleading labeling and advertising will apply in the case of natural claims. The guidelines stipulate that foods or food ingredients that have been subjected to processes resulting in a significant altering of chemical, physical or biological state should not be described as natural. According to the CFIA, “natural” can generally be understood in Canada to mean:

In general, the CFIA will not object to “natural” claims provided they are factual and not misleading.

In the U.S., the Food and Drug Administration (FDA) has claimed that it is difficult from a food science perspective to define a food product that is “natural” because most foods have been processed and are no longer the product of the earth. The FDA has not developed guidance for use of the term natural or its derivatives, however has stated “it has not objected to the use of the term if the food does not contain added color, artificial flavors, or synthetic substances.”

IMPLICATIONS FOR INDUSTRY
Armed with these ambiguous parameters around the use of the term “natural”, and facing increasing calls from consumers for more natural foods, industry has had to make some difficult decisions. The result: food is being labeled as natural when that might not be entirely accurate.

In the U.S., mislabeled food can trigger the issuance of a warning letter and possibly a recall by the FDA. The U.S. competition watchdog (the Federal Trade Commission, or FTC) has played an active role in policing the food industry, issuing numerous complaints against food companies for mislabeled products. In addition, U.S. litigators have focused their attention on the food industry, and class action lawsuits that allege consumers are being misled by all-natural claims now being filed in the U.S. (and particularly in California) on a regular basis.

The Canadian competition watchdog (the Competition Bureau) has thus far been less active than the FTC, particularly in the area of food. In addition, Canadian consumers tend to be less litigious than their American counterparts. However, this is not to say that Canadian food manufacturers are immune from reproach in connection with labels.

In Canada, mislabeled food can be subject to a Corrective Action Report and/or a recall. While food that has been inappropriately labeled as “natural” may not pose a risk to health and safety, it could be found to violate section 5 of the Food and Drugs Act (the prohibition against false and misleading advertising) and on this basis, could be ordered to be recalled. Keep in mind that the prohibition on false and misleading advertising extends to a food label and anything else that promotes the sale of that food, including advertisements, websites and social media.

In the end, industry has to balance the benefit of labeling food as “natural” with the potential risk of a finding that the claim is not warranted. As always, it is important to understand the regulatory landscape and to think twice before making claims just to meet current consumer trends.