Growing consumer concerns about artificial ingredients and additives have led to unprecedented action on the part of major food processors. There was a cascade of announcements early this year from one food manufacturer and restaurant chain after another as they moved to voluntarily remove artificial ingredients from their products. 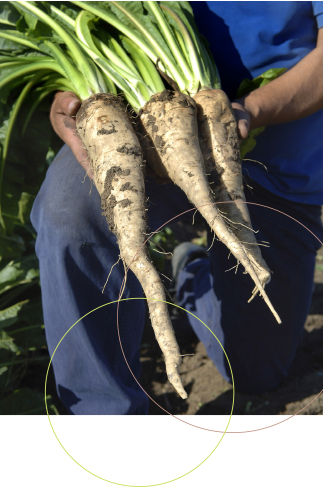 In March, McDonald’s vowed to start sourcing only chickens that had been raised antibiotic-free. Kraft Canada declared in April that its iconic macaroni and cheese would be free of artificial preservatives and synthetic colours by 2016. PepsiCo announced it would be replacing aspartame with a mixture of sucralose and acesulfame potassium in its Diet Pepsi drink come August, citing aspartame as the number one reason consumers were opting not to drink the diet soda. In May, Panera Bread published a “No No List” of artificial ingredients and additives it would be removing from its bakery-cafe fare, joining the ranks of companies like Nestlé and Dunkin’ Donuts.

The increasing demand for healthier ingredients has food processors turning to ingredient suppliers for solutions, and Sensus is well placed to respond. The multinational natural ingredient company offers a complete line of sugar-replacing, fibre-enhancing ingredients, and the secret weapon is inulin.

Inulin is a soluble dietary fibre found in a number of roots and vegetables, but it is found in a particularly high concentration in chicory root. This is where Sensus sources its inulin, which it refers to as chicory root fibre. Not only does inulin have all of the digestive health benefits of other insoluble fibres, it is also a prebiotic.

“[Chicory root fibre] stimulates the growth of good bacteria in the digestive tract,” says Carl Volz, President, Sensus America. “That’s really important for good health. When you have a healthy gut, your body is producing short-chain fatty acids that are important for your immune system. It’s also producing vitamins that your body needs, plus you get all the other benefits of fibre.”

But the most exciting thing about inulin, at least for the food industry, is the fact that it has the potential to replace sugar on a one to one basis.

“We are the innovators in chicory root fibre and we have the sweetest fibres in the marketplace,” Volz says. Sensus’s sweetest product, Frutalose SF75, is 75 per cent fibre and 65 per cent as sweet as sugar.

Replacing sugar with chicory root fibre in a product is fairly simple, Volz says, allowing for the fact that the sweetness flavour profile will then have to be adjusted to taste. “If the formula calls for one pound of sugar, you can replace it with one pound of chicory root fibre, so it’s an easy and straightforward switch in a lot of food and beverage products,” he says. Despite its sweet taste, the fibre also has a low glycemic index.

Sensus’s inulin products also have the potential to raise the health profile of food products with their high fibre content. “There’s a significant fibre gap in the diets of the great majority of people in Canada and the United States,” Volz says. “Our liquid stable inulin syrup and our inulin powders help address that, along with sugar and calorie reduction.”

Chicory root fibre is easier to add to food and beverage products without dramatically changing texture and taste. “Chicory root fibre is a soluble fibre, so it goes into solutions clear, and that means it can go into food and beverage products very, very easily,” Volz says. “It’s not imparting any negative taste and texture, where insoluble fibres, like bran, can.”

It is the distinctive taste of fibre-rich products like bread and bran that often turn consumers off fibre, says Volz. Consumers also traditionally connect high-fibre food products with the less-than-glamorous perks of digestive health benefits like “transit time and regularity,” he says. “The challenge for us is to help the consumer to understand that products that have high fibre can still taste great,” Volz says.

“Canadians are ahead of the curve in terms of dietary fibre, prebiotic fibre, and other nutritional additives,” says Rob Kowal, President of Kriscor and Associates, Sensus’s representative in the Canadian marketplace. “They are more attuned to gut health.”

Sensus collaborates with Kriscor on how to approach potential Canadian clients, and exchanges technical and application information, along with consumer data that Sensus generates in-house.

“I keep Sensus abreast of what’s changing in Canada and what the food and beverage environment is like,” Kowal says. “It’s a very transparent, open relationship.”

Sensus’s inulin products have been well-received by the Canadian food and beverage industry, he says. “The attributes that interest customers varies on the application,” Kowal says. “Some use inulin as a way to add natural fibre, some to reduce sugar.” Inulin has found its way into a variety of Canadian products, such as cereal, energy bars, cookies, bread, yogurt and fibre supplements, Kowal says.

“[Chicory root fibre] is pure, it’s clean, it’s simple, it’s natural, it’s non-GMO,” Volz says. That’s an important message to be able to tell the modern consumer, who is increasingly concerned about the content and nutritional value of their food.