Natural emerges as a solution to energy drinks woes

Consumption of high-caffeine energy drinks among children and young adults has been a focus for local and national governments worldwide. As Mintel Trend Supernanny State describes, many governments are enforcing taxes, fines and, occasionally, outright bans to encourage people to improve their behaviour. Lithuania was the first country to ban sales of high-caffeine drinks to people younger than age 18, and sales restrictions also have been weighed in the U.S. and Australia. 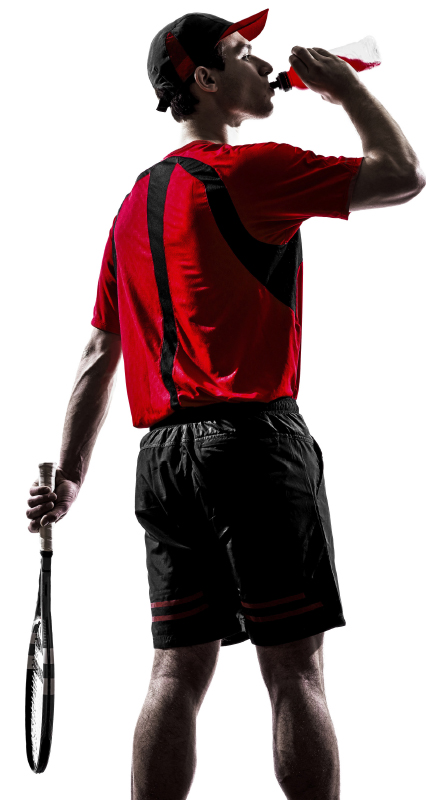 In November 2014, Toronto’s Board of Health approved a measure for the city’s Medical Officer of Health to study a ban on the sale of energy drinks to minors. The board requested an investigation into the feasibility of banning energy drink marketing, distribution, advertising and sales on city properties; banning sales of energy drinks to those younger than 19 years old and/or requiring point-of-sale warning signage to be posted in retail outlets to assist in awareness regarding the potential dangers of energy drinks.

The proposed regulation reflects negative consumer opinions about energy drinks shown across global markets. In Canada, just 2% of adults agree that sports and energy drinks are suitable for children, according to Mintel research.

Energy drinks on upswing in Canada, but face similar hurdles as in U.S. and UK

Mintel found that 2015 energy drink sales rose to an estimated CAD$668 million, a 2 per cent growth from 2014. The energy drink category in Canada has been growing since 2010 and is predicted to grow annually through 2018. This is fuelled by rising per capita consumption, which has increased from 2.1 litres in 2010 to a forecast of nearly 2.6 litres in 2015. Despite its growth, the category faces similar negative perceptions seen in much larger energy drink markets, like the UK and U.S.

In the UK, sales reached an estimated £1.3 billion in 2015, with a per capita consumption of 8.7 litres. Both volume and value sales are estimated to continue to increase in the UK, but at slower rates than the category showed in 2010-12.

In contrast, the U.S. energy drink market is much larger, with energy drink sales in the U.S. forecast to have reached US$9.8 billion in 2015, according to Mintel. However, the U.S. market is coming off of a drastic slow-down in growth in 2013 that was influenced by negative publicity, interest in other soft drink categories and price competition. Indeed, 65% of U.S. adults who consume energy drinks or shots worry about the safety of regular energy drinks/shots, including 74% of older Millennials age 29-38 according to Mintel. Similarly, a majority of these consumers agree companies should include recommended daily consumption limits on pack. 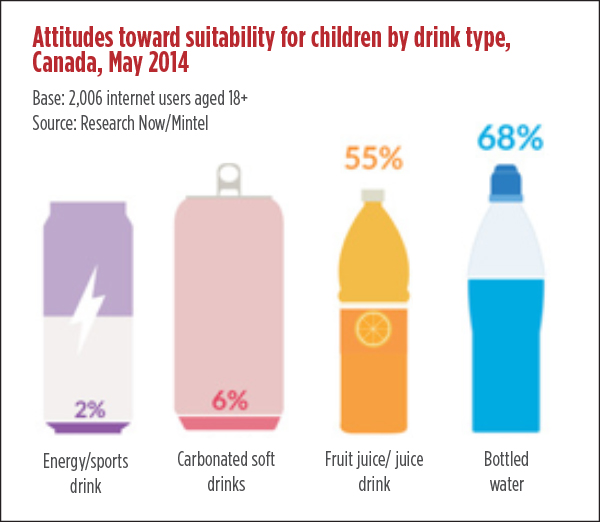 Natural products might reverse the category’s bad reputation
As shown in the U.S. and UK, energy drink formulations have provoked concerns. In Canada, consumers have a myriad of negative perceptions of the category, including over half who say energy and sports drinks are artificial. Yet, for the category to achieve forecasted growth, it must reach beyond its current user base, and natural formulations could prove helpful to attract new energy drink users.

More than ever, consumers are interested in authenticity. When it comes to food and drink, “real” often equates with natural ingredients. The current preference for clean label finds many consumers examining nutrition panels and ingredient lists, with priorities toward elements that would be in one’s home kitchen or pantry. However, the functional formulations of energy and sports drinks often mean that ingredient lists can be lengthy and include items that are unfamiliar to consumers. Furthermore, quality of the ingredients is a worthy focal point: 36% of Canadians would be interested in trying energy drinks with all-natural ingredients and one-quarter are interested in trying energy drinks that aid in concentration and do not contain sugar.

Thus, manufacturers could reverse the category’s “artificial” perception in Canada by focusing on natural ingredients. In the U.S. and UK, this is leading to new energy drinks made with juice bases, tea and botanicals. More natural formulations are needed in Canada to grow its user base beyond current users.

Regardless of the size of the local market, energy drinks are hard-pressed to escape consumer concern and regulatory criticism. Natural product formulations could turn the tide by attracting new users who abide by clean label trends and seek the reassurance of natural ingredients.