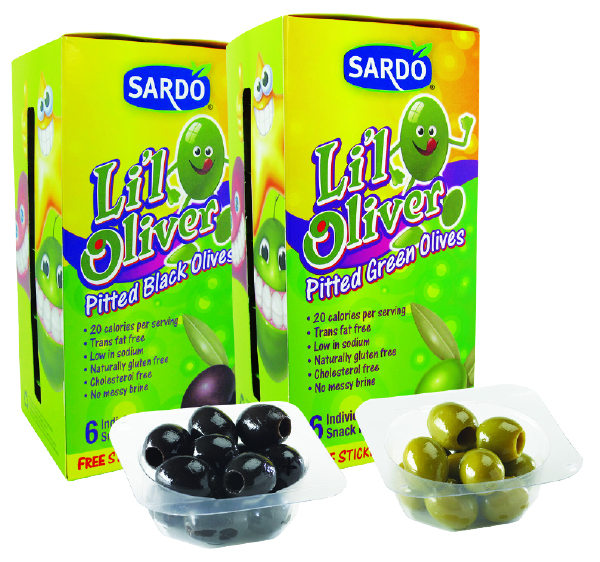 When parents consider a viable snack for their kids, many fruits and vegetables are high on the list and Sardo Foods aims to put olives at the very top. Originating in the small Sicilian town of Catania in 1965, Sardo Foods is owned by its Founder and CEO, Mario Sardo, and now employs more than 150 workers in Bolton, ON. The philosophy behind Sardo Foods is to bring the taste of gourmet Mediterranean olives and oils to Canada.

The company originally imported all of its olives from Italy, but soon began importing olives from across the globe, and eventually sourcing those grown in North America as well. “What you bring in from overseas is not necessarily liked here,” says Sardo. “The [consumer] taste changes a little bit.”

Sardo says providing olives from all over the world allows the company to account for all different flavours. But are children a viable consumer segment? This year, the company is putting its weight behind olive snack options for kids. Pitted green and black olives will be available in portable snack size, from a kid-friendly mascot called L’il Oliver. The motivation behind the child-focused products is to offer kids a unique snack option that has low sodium content and less preservatives or additives, helping to dispel the belief that olives are full of fat.

“We try to foresee what it is we can do that [kids] will like, that’s easy to use, easy to eat and is healthy as well,” says Sardo.

Over the years the company expanded into antipastos, spreads and other vegetables, such as tomatoes, peppers and jalapenos. This year, it plans to introduce creams and sauces that involve a mix of olives and vegetables.

Recently, the company has been testing new equipment in its manufacturing facility that gas-flashes packaging to create a vacuum seal. Sardo says the new packaging will keep products flavourful without needing extra ingredients to prolong their shelf life. The company is aiming to put it into production in March 2016.
Keeping up with North American tastes for both young and old is part of what keeps Sardo Foods thriving, even in light of Canada’s low dollar. Sardo says that the company is expecting growth this year, but negotiating prices with foreign exporters has been a challenge.

“If this continues, it’s going to bring the price of products at least 10 or 20 per cent higher than what they are today, and that’s not good for Canada.”