Fifteen varieties of wheat from around the world were catalogued by a team from the University of Saskatchewan, enabling scientists and breeders to much more quickly identify influential genes for improved yield, pest resistance and other important crop traits. The research results, published in Nature, provide the most comprehensive atlas of wheat genome sequences ever reported. The 10+ Genome Project collaboration involved more than 95 scientists from universities and institutes in Canada, Switzerland, Germany, Japan, the U.K., Saudi Arabia, Mexico, Israel, Australia and the U.S. One of the world’s most cultivated cereal crops, wheat plays an important role in global food security, providing about 20 percent of human caloric intake globally. It’s estimated wheat production must increase by more than 50 percent by 2050 to meet increasing global demand. 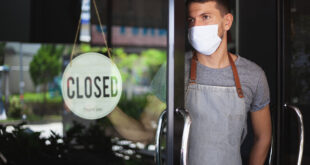 Coping with change, & making a difference

Editor’s Note: Along with exposing Canada’s food security and distribution issues, we all know that …