The Canadian seafood industry is a dynamic one. Dating back to the earliest activities of the First Nations and Inuit people, from the use of nets and traps to the introduction of the latest in fishing technologies and innovation, it’s an industry that’s been developing and evolving for thousands of years. Today, the Canadian fish and seafood trade stands as a leader on the world stage. However, with recent shifts in consumer behaviour and preference toward an increased adoption and consumption of plant-based proteins, the industry is being forced to evolve further. And, according to Ben Wiper, Founder & CEO of 3F Waste Recovery, in Main Brook, NL, it’s an evolution that’s necessary, and one that will ultimately result in benefits to the entire planet.
“There has certainly been a relatively quick move by the Canadian consumer toward plant-based proteins recently,” he recognizes. “It’s a trend that continues to increase, and one that can only lead to good things given the challenges that we face today, including a growing population and lots of food insecurity.”
Wiper believes that developing ways in which low-cost, low-impact proteins can be produced will become very important in protecting the environment. “There will be opportunities soon for producers and purveyors within the fish and seafood industry to positively contribute, too. Although bioprocessing is relatively new to the Canadian sector, over time, protein can be extracted from the fish by-products and purified for the creation of protein supplements. In the end, everyone should be moving toward the same target, which is figuring out a way to feed 10 billion people in 2050. And the Canadian fishing and seafood industry has the opportunity to make its own impact.,” he says.

A different approach
One of the consequences of the COVID-19 pandemic has been a consumer shift that sees a growing emphasis on health and wellness; as a result, consumers are seeking healthier and more sustainable food options. The global fish market has benefited from this, experiencing increased demand. In fact, according to the recent Statista Consumer Market Outlook, it’s estimated that the Canadian fish and seafood industry will reach $2.9 billion in 2025.
It’s success and growth that’s recognized by Wiper. But he suggests that although the movement toward plant-based proteins is one that has yet to hit its stride in full, it represents a portion of that consumer shift and further changes to the market that those operating within Canada’s fish and seafood industry must take notice of. He says it’s a part of the shift in consumer behaviour and lifestyle that poses potential challenges to the sector. However, he also points out that, given the flexibility and agility of the industry in the country, it’s a shift that presents the chance to re-assess and re-evaluate strategies, and to begin considering a different approach concerning the way things are done and the extent to which product is utilized.
“There are massive opportunities for those operating in the Canadian fish and seafood sector to compete and succeed within a changing market,” he says.
“Some are currently looking at things and seem relatively comfortable with the status quo, which includes a number of consolidations. Others, however, are stepping outside of the box and beginning to enter into a lot more collaboration. It’s resulting in the discovery of a great deal of processing efficiencies and facilitating the flow of fish. But by far the biggest opportunity in front of the producers of fish and seafood is in turning each species of fish, one by one, in the most profitable way, into a by-product-first fishery. At 3F, using our intellectual property that we’ve created, we’ve been able to realize greater use of the product, increasing the by-product of the Atlantic cod to be worth more than 10 times the value of the seafood itself. To support this work, we’ve developed a proprietary algorithm that helps us predict which fish species are most susceptible to market change and disruption, identifying how we go about looking at all of the properties to figure out which ones we can create five to 10 times higher value from the by-product versus the underlying primary processed product. Over time, this is the biggest opportunity and a way to compete in a changing market.”

Increasing economic benefits and value
The consumer shift toward healthier and more sustainable options is one that’s also recognized by Paul Lansbergen, president of the Ottawa-based Fisheries Council of Canada, who adds that it’s simply accelerating a natural progression within the Canadian industry. He describes the fish and seafood sector in the country as a world leader in sustainability, which is governed and directed by a robust regulatory regime. In fact, Fisheries and Oceans Canada reports that 94 percent of Canada’s commercial fish stocks are harvested sustainably. Further, the adoption of independent third-party certification within the country is multiples higher than the global average. And, with respect to food safety, it was the first sector to adopt a preventive control plan. It’s a reputation that’s been earned by the industry through diligence and creativity. And, he adds, it’s one that continues to evolve in the face of the plant-based trend.
“There is a growing number of people across the country who are seeking a plant-based diet,” he acknowledges. “And in their estimation, plant-based analogs provide them with more flexibility and diversity concerning the ways they eat. At the moment, they represent a niche part of the market and are nowhere near replacing the real thing. However, there are some seafood companies around the world that are entering into that market and provide that service to customers. At Fisheries Council of Canada, we’re approaching our work with the future needs of the consumer and the planet in mind. Our Blue Economy strategy discussion with the government, including both the wild capture and aquaculture sides, resulted in a joint vision of where we want to be 20 years from now. We want to be a top three global best quality and sustainable producer of seafood. If we can do that, we think that we can double economic benefits gleaned from the industry, double the value of the industry, and double domestic consumption of fish and seafood.”

Continued innovation
Lansbergen goes on to explain that the average Canadian doesn’t eat the recommended two servings of fish and seafood per week, consuming closer to a single serving. Raising awareness among the country’s general public through strong marketing and communication is going to be one of the Council’s priorities going forward. However, he says that supporting much of the Council’s efforts during the next couple decades, driving the work that it conducts, will be continued innovation around everything that it does.
“We’re going to ensure that we continue to create and develop a lot of innovation around the food products that we produce, as well as non-food products, in order to generate additional value. With respect to food products, the innovation is going to be focused on satisfying the convenience needs of today’s time-starved consumer. We’re also going to be developing a consumer guide meant to help Canadian consumers better understand the things to look for as well as providing them with some tips and tricks concerning preparation and meal ideas. It’s all about educating Canadian consumers, helping them realize the full value of fish and seafood and enticing them to buy more of the product that we produce.”

Positioning for the future
There’s no questioning the strength of the fish and seafood industry in Canada. It’s one that continues to build on the successes of previous years, improving processes and finding efficiencies. It’s growth that is reflective of relentless innovation within the sector and the reputation and respect that it’s earned through hundreds of years of the innovation that Lansbergen refers to. And it’s helping to drive the industry further forward. However, it’s all part of an evolution that Wiper believes is unfolding a little quicker than some operating within the industry might realize and is one that will alter the Canadian fish and seafood market for years to come.
“The time is coming very soon when the old ways of looking at fisheries and processors will come to an end. Within a generation or so, the global fish and seafood industry is not going to be the same. A combination of consumer demand for healthier, more sustainable options, increased governance and scientific innovation is going to precipitate a change. And the sooner fish processors realize this change and start to invest in increasing the value of the product they produce by transitioning their business, the better positioned they’ll be to increase the value of their operation and meet the evolving needs of the Canadian and global consumer.” 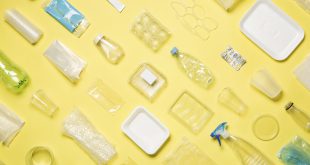