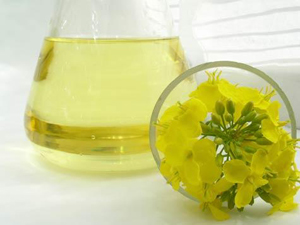 Twenty-five years of studies has confirmed that canola oil reduces the risk of heart disease and suggests that it may also protect against other chronic diseases.

A comprehensive review of scientific evidence over the last quarter-century shows consuming canola oil instead of other fat sources enhances health and can help consumers comply with expert dietary fat recommendations, as analyzed in the June 2013 peer-reviewed journal Nutrition Reviews.

“The objective of this review was to examine the health benefits of canola oil as a dietary component itself, rather than focus on the effects of individual types of fat in the oil,” says Peter Jones, Ph.D., lead researcher and director of the Richardson Centre for Functional Foods and Nutraceuticals at the University of Manitoba. “This approach results in practical advice to consumers about including canola oil in the diet.”

A total of 270 studies were evaluated of which 40 were considered directly relevant to the review. All 40 papers described human studies with the exception of those related to cancer conditions where only cell culture and animal studies exist to date.

“Canola oil can now be regarded as one of the healthiest edible vegetable oils in terms of its biological functions and its ability to improve health and aid in reducing disease-related risk factors,” says Jones. “Current research is expected to provide more complete evidence to support the health-promoting effects of canola oil when consumed at levels consistent with dietary guidelines.”