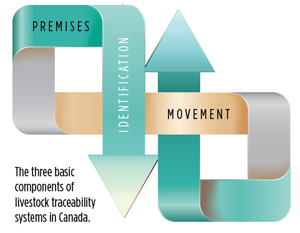 INTRODUCTION
Traceability is a means to many ends. Most visible to the public, a primary motive for traceability has been to more quickly contain animal disease outbreaks, such as BSE (mad cow disease) and foot and mouth disease. Similarly, traceability is aimed at making food recalls more effective in order to minimize the damage from food safety incidents. More recently, food fraud or economically motivated adulteration, which can also threaten consumer health, has amplified calls for more stringent traceability practices in the supply chain [1]. Less visible than these defensive purposes of traceability is its strategic use for gaining competitive advantage through market access, product differentiation and supply chain efficiency gains. Although public sector action, i.e. regulation and programs for adoption of traceability practices, are primarily aimed at defensive purposes, they also play an important role for market access. The first focus of this review is thus on regulatory approaches to traceability and their implications for Canadian competitiveness, using livestock and meat systems for illustration. We will then turn to a consideration of consumer perspectives to show that it is the demand for certain product attributes, and not for traceability per se, that drives the implementation of traceability practices in the food system. We conclude with a short discussion on the link between demand for traceability and investment in innovations.

REGULATORY APPROACHES TO TRACEABILITY
A Canadian National Agriculture and Food Traceability System (NAFTS) has been under discussion for some time and is a stated policy goal of the federal government [2]. In this context traceability has been defined as “the ability to follow an item or group of items –animals, plants, food products or ingredients – from one point in the supply chain to another” [2] and is seen primarily as an emergency management tool to address food safety or animal health problems. Ensuring market access for Canadian livestock and food products, facilitating industry competitiveness, and maintaining consumer confidence are identified as secondary goals [3]. Animal identification, animal movement, and premises identification are the three basic components of livestock traceability systems in Canada. Currently, animal identification is mandatory for cattle, bison and sheep and is in the process of becoming mandatory for pigs. Whether Canadian regulatory requirements will eventually extend beyond animal lifecycle traceability in the livestock sector to a more comprehensive farm-to-fork approach to meat (food) traceability is unclear.

Internationally, livestock and meat traceability requirements are diverse in terms of their scope, scale, and level of development. Food safety and animal disease risk management dominate as motivations for the establishment of these requirements. A livestock traceability system is likely to become a pre-requisite for sustained access to international markets for the Canadian meat and livestock sector, particularly if diversification beyond the US market is a priority. The lack of a cohesive comprehensive national animal traceability system in the US creates a potential competitive advantage for Canada in third markets in which the US and Canada compete. Competitive pressure from Australia, particularly in emerging beef markets, is likely to be strong given the relatively advanced nature of livestock traceability systems in Australia. The European Union (EU) (primarily Denmark and The Netherlands) remains an important competitor in international pork markets, and the EU is probably furthest along the traceability regulatory path, with national individual animal identification systems and mandatory traceability requirements for all food and feed businesses. The EU has a so-called ‘one-up, one-down’ traceability requirement whereby food businesses should be able to identify all of their suppliers and all of the business to whom they have supplied products [4].

Emerging markets such as China and Russia are moving toward the establishment of livestock traceability systems, but implementation appears slow and piecemeal, creating potential short-run opportunities for Canada. The existence of a cattle traceability system provides the Canadian industry with a potential competitive edge over the US given the re-opening of the South Korean market to Canadian beef and the traceability requirements in place in that market. However, the recent US-South Korea free trade agreement provides the US beef industry with preferential tariff access to that market; an advantage not available to Canadian beef exporters. Traceability remains important for continued access to the Japanese market, particularly for beef.

CONSUMER PREFERENCES FOR TRACEABILITY
Traceability regulations typically focus on origin – or better – location, as the key information to be recorded and made accessible. In the market place, however, supply chain stakeholders and final consumers may require access to a lot more information [5]. A growing body of literature has examined consumer attitudes toward traceability assurances in food products across a number of countries [see for example, 6, 7, 8, 9, 10, 11, 12]. While it is difficult to draw generalities across a diverse set of studies, some broad themes emerge. Consumers have differing levels of familiarity with the concept of traceability, however, the concept tends to be associated most closely with food safety and risk reduction, particularly in North America and in Asia. While this is also true in Europe, an added dimension of importance in some European markets is the use of traceability to provide assurances of the origin and authenticity of food products. Where they exist, estimates of willingness-to-pay for traceability-related assurances tend to be higher in Europe and Asia than in Canada or the US.

Studies suggest that traceability as a vehicle to deliver credible quality assurances about on-farm production methods, food safety, origin, or authenticity tends to elicit a positive willingness-to-pay from consumers. But even if consumers’ willingness-to-pay for traceability itself were zero, their demand for product features that require traceability for assurance provides an incentive for product differentiation and thus to invest in traceability. Given the immense challenges in data management resulting from the complexities and dynamics of the modern food system, efficient and effective traceability systems have become an integral part of management tools for competitive advantage [13].

INNOVATION AND ACCEPTANCE OF TRACEABILITY-RELATED TECHNOLOGIES
The demands by customers and final consumers are key drivers of traceability-related innovation. Traceability requires recorded identification but is separate from verification of that information [5]. In this vein, two distinct areas of innovation emerge. First, innovation related to recorded identification relies heavily on advances in information and communication technology (ICT) and spans from robust sensor and reading technology, to efficient data management, to secure data sharing between stakeholders. The latter two are inherently linked and may go beyond mere technological advances as data sharing requires adequate contractual agreements, an area of innovation in governance. For example, the central database of Agri-Traçabilité Québec is jointly managed by industry and senior government representatives [14], while in other cases specialised service providers have emerged that link data from individual supply chain stakeholders for analysis on demand. Key issues for effective interoperability are standardisation for identifying, capturing, and sharing data and balancing the versatility of internet-based approaches (cloud computing) with data integrity [15, 16].

Second, technologies for verification of product claims/information recorded in traceability systems are directed at measuring product attributes to curb food fraud. They include, amongst others, DNA technologies for species identification [17, 18] and isotope analysis for inferring origin and feeding regimes [19, 20]. The not yet commercialized molecular tagging technology [21] adds unique identifiers in minute quantities to the food, which can then be monitored for presence and concentration throughout the supply chain. Because these tags do not naturally occur in food, consumer acceptance is critical to the technology’s commercial success. Recent consumer research suggests that, although Canadian consumers may initially be wary of new technologies to deliver traceability and authenticity assurances, information makes all the difference [22, 23]. When information links the technology with curbing food fraud, consumers become more accepting. Other proxy signals (such as brand and country of origin), however, remain important to consumers.

CONCLUSIONS
Traceability encompasses both public and private sector initiatives, and will continue to do so. While public sector initiatives primarily address the risk reduction and emergency management functions of traceability, private sector traceability initiatives are driven by product differentiation and supply chain efficiency motivations. These two motivations are also the strongest drivers for investment in research and development for traceability. The ongoing consolidation of the food industry globally strengthens these drivers. Plus, unlike traceability for emergency management, the benefits of enhanced traceability for product differentiation and supply chain efficiency are more easily quantifiable for the individual business and materialize relatively more quickly. 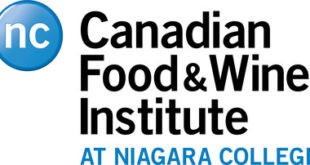