Growing the Food Industry in PEI

Prince Edward Island’s fast-developing food technology cluster has an opportunity to turn small-scale, artisan businesses into tourism for the province. 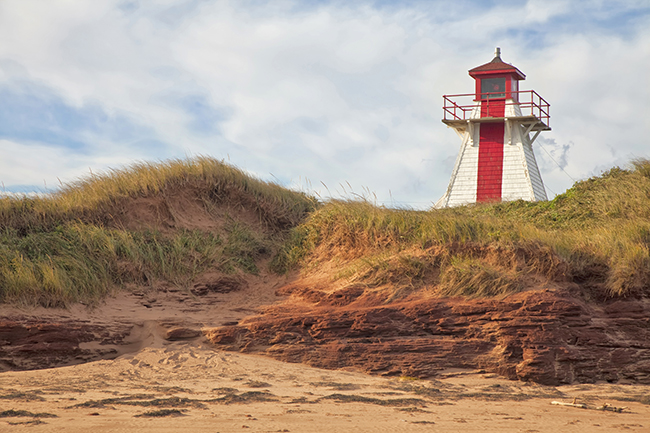 Prince Edward Island’s fast-developing food technology cluster has an opportunity to turn small-scale, artisan businesses into tourism for the province.

With its striking red soil and country charm, PEI is a favourite vacation spot for tourists who are looking for a little R&R. More recently, however, it’s become known for its growing high-end food industry. In 2012, one of the world’s top restaurant review websites, Zagat, ranked PEI among the top ‘foodie’ getaways in the world and described the province as a ‘shellfish junkie’s dream.’

The shellfish business, which is dominated by blue mussels, is only part of PEI’s robust food industry which includes a healthy agriculture industry and a developing selection of artisan options. “We have a small jurisdiction which makes it easier to get things done,” says Jim Smith, the executive director of Charlottetown-based BIO|FOOD|TECH. “Connections are easier to make and there’s a lot of government support.”

John Rowe, the president and founder of Island Abbey Foods Ltd., agrees. He says the biggest benefit to provincial food companies is the access to resources and organizations such as the National Research Council, the PEI BioAlliance and BIO|FOOD|TECH. “These types of resources do not exist in very many places and are harder to attain in other areas. They provide continued support and great access to key decision makers,” he says.

In last year’s Speech from the Throne, the province’s Lieutenant Governor announced that government will take a leadership role in the design and implementation of the province’s Food Innovation Strategy. The goal of this new strategy is to move from commodity-based products to niche market opportunities.

The new food plan will be headed by a collaboration of various government departments including Agriculture and Forestry, Fisheries, Aquaculture and Rural Development, Innovation and Advanced Learning, and Tourism and Culture. “They’re working to set things up so food tourism is enhanced,” says Smith.

Support for Small Companies
While the government’s Food Innovation Strategy gets underway, companies like BIO|FOOD|TECH are leading the effort to support small businesses. BIO|FOOD|TECH offers contract research, processing and analytical services to companies and entrepreneurs in both the food and bioprocessing sectors. The company has completed more than 1,000 innovation projects in the last 25 years and was presented the Food Innovation Award in 2012 by the Canadian Institute of Food Science and Technology.

BIO|FOOD|TECH’s Food Technology division also provides integrated services such as food safety analysis, shelf-life studies and private innovative workshops for clients. Most recently, the company hosted a three-day workshop on “The Art and Science of Making Cheese” and speakers from out of province were brought in to provide hands-on instruction and training to those in attendance.

BIO|FOOD|TECH workshops focus on both the technical and business sides of production and Smith says that although his team of 25 is made up of food and bioprocessing scientists, microbiologists, technologists, the company also seeks out industry experts from across North America to educate workshop participants. “We do our own workshops here with in-house experts, but we’re also interested in finding experts from industry across Canada and the U.S.,” explains Smith. “They’re quite knowledgeable about all aspects of the business because they actually run these businesses themselves.”

The company is not only educating the local food industry, it’s also offering businesses a kick start through its innovative incubation program. “We have four pilot plants: two food and two bioscience technology. The food pilot plants are registered with CFIA so we can make food products there and sell them internationally,” says Smith. “That why it’s useful as an incubation venue.”

One of BIO|FOOD|TECH’s success stories is Island Abbey Foods Ltd., a sixth-generation agricultural business and the maker of Honibe brand honey. Smith says they were approached by Island Abbey approximately eight years ago with an idea to create a solid honey product. “Island Abbey came to us with a concept, but didn’t know if it was possible. At first, we didn’t either, but we developed this dehydration process that allowed them to make a lozenge of solid honey. We scaled it up and they got to the stage where they were earning revenue and investing that back into the business. Then they went into their own facility.”
The company has had incredible success in recent years by expanding its product lines. “We recently launched PurAgave, an all-natural, pure-dried agave line and will be launching IslandMaple in the near future, which is an all-natural, dried maple syrup product line,” says president and founder, John Rowe. Island Abbey also partnered with Orion Pharma to expand its Honibe Honey Lozenges into the Finnish biopharmaceutical market, and Rowe says the company will continue to develop natural health products created through its pure-dried platform technology.

Rowe attributes much of the company’s success to its early collaboration with BIO|FOOD|TECH. “We would not be where we are today without [their] help and support.”

BIO|FOOD|TECH has also worked with a range of small business owners to help them develop products for large scale production including a grandmother’s tomato sauce recipes and apple butter from a family-owned orchard. With success comes failure, and the BIO|FOOD|TECH incubator has seen its fair share.

One company approached BIO|FOOD|TECH with a ready-to-heat-and-serve potato product for the Canadian market, but after a year of working in the BIO|FOOD|TECH facilities it became apparent that the product didn’t offer a satisfactory margin to make a long-term business out of it. Soon after, the company decided to fold. Smith describes the incubator as a “fail fast, fail cheap approach” to food production. “It’s still a win-win because they know without investing too much that it’s either going to work or not work.”

What’s in the Water

There are pockets of innovation all across the small province of PEI, but AquaBounty Technologies is one company that’s making waves with a very unique product. AquAdvantage salmon is the brand name for a genetically modified Atlantic salmon that grows to market size faster than the conventionally farmed variety. A gene from the Chinook salmon is combined with DNA fragments from an ocean pout and then added to the Atlantic salmon’s genes. “The gene from the Chinook salmon enables the AquAdvantage Salmon to produce growth hormone and the fragments from the ocean pout act as an ‘on switch’ that enables the AquAdvantage Salmon to more efficiently produce growth hormone,” says Ronald L. Stotish, president and CEO of AquaBounty Technologies.

This type of genetic construct allows the salmon to produce growth hormone continuously throughout its production cycle. The time it takes for the salmon to grow from egg to market size is reduced from 32 to 36 months down to 16 to 18 months.

Canadian researchers created the AquAdvantage transgene in 1989 and since then, AquaBounty’s breeding program has produced 10 generations of the genetically modified salmon. Although the corporate office is located in Massachusetts, the hatchery is in Souris, a port town in PEI that is home to many of the province’s potato farmers.

The company is currently focused on obtaining FDA approval for the AquAdvantage salmon, but the president is already looking at future areas of growth with regards to aquaculture.

“Opportunities exist for other applications of modern molecular biology to aquaculture including growth and efficiency, disease prevention and treatment, and improving environmental sustainability,” says Stotish. “Farmers are looking for production technologies that will reduce costs, increase profits, and be more environmentally responsible. AquaBounty wants to contribute to the achievement of these goals.”

The province’s fishing and aquaculture industry has been expanding for years. The mussel business has grown from 100,000 pounds in 1980 to over 50 million pounds in 2012 according to the Department of Fisheries, Aquaculture and Rural Development. The lobster industry is thriving as well with 2010 figures showing 23.8 million pounds of landings (the amount of fish or lobster harvested from the sea and brought to the land) with a value of $82.3 million.

Island Future
Smith says convenience products and niche market items have become a primary focus for food industry growth. “We have all the pieces here to have a really vibrant cluster,” he says. “We just need better coordination and that is where AgriAlliance comes in.”

Established in 2009, the AgriAlliance is an industry-led, not-for-profit organization comprised of food producers, processors, researchers as well as government and community leaders. Board members include key players in the province’s food industry from the Deputy Minister of the Department of Agriculture to Rowe of Island Abbey Foods as well as BIO|FOOD|TECH’s Smith. The group’s mandate is to facilitate the coordination of targeted research and market development, and it has been working to identify emerging issues and market needs.

Smith says there’s potential for large-scale development in the lobster industry and expects this area to blossom in the coming years. “We really need to develop a range of products that are suitable for the 21st century and we just don’t have those convenient products available yet,” says Jim Smith. “But, on the small-scale side, is the artisan industry. There’s a big opportunity there because tourism isn’t going away.”

The Fall Flavours Festival is a month-long culinary celebration that is described as highlighting the authentic island tastes and traditions. Total attendance was up more than 16 per cent last year, and this increasingly food-focused atmosphere is encouraging small businesses to thrive.

“We currently don’t have enough products to be a Mecca for foodies,” says Smith, who sees potential in artisan products to sustain food tourism. “While we have quite a few wineries and some distilled beverages, there’s still a lot of opportunity. We need more cheeses and vinegars and there’s definitely potential for small businesses and micro-businesses to do these things.”