RACHEL PARENT MAY ONLY BE 15, BUT SHE’S ALREADY GETTING ATTENTION FROM CANADIAN HEALTH OFFICIALS 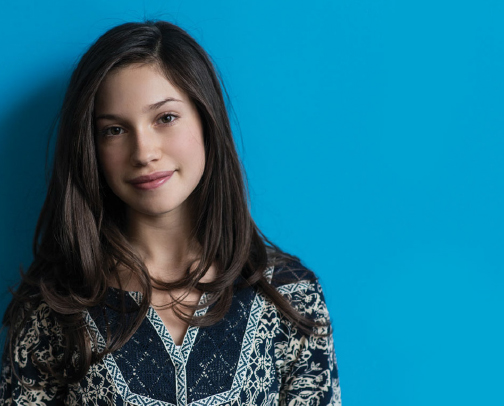 You may have heard of Rachel Parent. The young activist’s name has become synonymous with the mandatory GMO-labelling movement in Canada, especially since she met with Minister of Health, Rona Ambrose on Nov. 6, 2014.

“The Minister was very nice and approachable,” Parent says. “She was very responsive to me and was really interested in seeing all my research and material.” Ambrose, she says, was aware that polls have shown that 90 per cent of Canadians would like to see GMO foods labelled.

Parent’s passionate activism was born when she did a speech at school on GMO foods. Her research led her to the conclusion that not enough had been done to investigate the safety of GMOs. At only 12 years of age, Parent started her own non-profit organization, Kids Right to Know, to raise awareness about the issue in Canada. “We need more independent long-term testing to determine its safety,” Parent says, “and until [GMOs are] proven safe, we all have a right to know.”

Now 15 years old, the Toronto native has debated with CBC personalities, given a TEDx talk and spoken at a variety of environmental activism events. Throughout, she has been persistent in her calls for GMO foods to be labelled in Canada.
“This is no longer a fringe or radical movement, it’s becoming more and more mainstream and people are becoming more and more aware and concerned,” Parent says. “I really hope that more people – and especially kids – will take action to push this issue until GMO labelling becomes a law.”

After their meeting, Minister Ambrose announced at a press conference that she had arranged for Parent to make a presentation to Health Canada officials. But Parent won’t be standing still until then; she’s off to India to attend a workshop on Gandhi, Globalization and Earth, where she hopes to meet her hero, environmental activist Dr. Vandana Shiva. “She’s just such an incredible role model, not just for the movement but for girls and women as well,” Parent gushes. “I really hope to learn as much as I can from her.”

This from a girl who is well on her way to becoming a role model herself.