A variety of factors reduce the nutritional value of cereals and pulses, such as enzyme inhibitors and other anti-nutritional components which limit protein digestibility and quality, and metal chelating agents which reduce the bioavailability of micronutrients such as iron and zinc.1,2 However, a number of processing methods may be employed to eliminate or reduce the level or activity of these factors, including germination, fermentation, soaking, dehulling and thermal treatments (e.g., infrared heating, canning or boiling). Germination (sprouting) is a traditional, non-thermal process which improves the nutritional quality of cereals and pulses by increasing nutrient digestibility, reducing the levels or activities of anti-nutritional compounds, boosting the contents of free amino acids and available carbohydrate, and improving functionality.3,4,5,6 Germination involves chemical changes such as the hydrolysis of starch, protein and fat by amylolytic, proteolytic and lipolytic enzymes, respectively. When grains and seeds are hydrated (soaked) and then held (sprouted) under ambient conditions, both endogenous and newly synthesized enzymes begin to modify seed constituents.7 Thus, complex macromolecules are broken down into lower molecular weight molecules which are more digestible and more readily absorbed by the body.8

EFFECT OF GERMINATION ON PROTEIN DIGESTIBILITY
Pulses are consumed worldwide and are desired for their high protein quality and quantity. They represent an affordable alternative to animal protein by complementing cereal proteins, thus providing a balanced amino acid profile in vegetarian diets. However, the nutritional benefits of pulse proteins may be limited by anti-nutrients and protease inhibitors which form complexes with proteins and proteolytic enzymes, reducing the bioavailability and digestibility of dietary protein. Germination can reduce the detrimental effect of these anti-nutritional factors and allow the full dietary benefits of cereal and pulse proteins to be realized. In vitro protein digestibility was shown to increase in pulses9 and cereals10 after germination. The in vitro protein digestibility of finger millet improved from 33.9 to 55.4% after 96 h of germination.10 Improvement in protein digestibility after germination has been attributed to enzymatic hydrolysis and compositional changes following the degradation of constituents such as phytic acid, polyphenols and protease inhibitors.9,10,11 The availability of crude protein and essential amino acids increases substantially during germination.12 Increases of up to 21% and 52-76% of total protein and essential amino acids, respectively, were found in soybean and mung bean. The advantage of germination is that it is a simple technique and a traditional method common in many households. 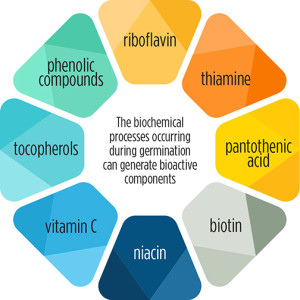 EFFECT OF GERMINATION ON CARBOHYDRATE
Germination induces biochemical changes in carbohydrate that reduce energy values compared to raw and roasted samples, as demonstrated in germinated wheat flour by Kavitha and Parimalavalli.13,14 Germination triggers enzymatic activity in sprouting seeds, leading to the breakdown of carbohydrates into simpler forms.15 Studies in a variety of cereals revealed that hydrolytic enzymes are activated during germination which results in degradation of starch and non-starch polysaccharides and an increase in reducing sugars, along with the release of insoluble phenolic compounds covalently bound to cell wall polysaccharides.16 The combined activity of α- and β-amylases, debranching enzyme and α-glucosidase is responsible for starch breakdown. However, the rate and pattern of enzymatic hydrolysis of starch are dependent on its structure. For example, Chu et al.17 showed that starch degradation differed between two barley genotypes varying in amylopectin branching. Starch content was reduced faster during germination in the genotype having shorter amylopectin chains, probably because of the lower susceptibility of longer chains to hydrolytic enzymes. The resulting sugars and short chain carbohydrates are ideal for weaning foods as viscosity and digestibility increase along with nutrient absorption.

EFFECT OF GERMINATION ON VITAMINS AND MINERALS
The biochemical processes occurring during germination can generate bioactive components such as riboflavin, thiamine, biotin, pantothenic acid, niacin, vitamin C, tocopherols and phenolic compounds, and also increase their availability.18 Gilay and Field19 reported a 1.8- fold increase in the thiamine, riboflavin and niacin contents of sprouted corn grain. Additionally, due to the increased content of free amino acids and reducing sugars, sprouting of cereals such as wheat can potentially promote the Maillard reaction.20 Moreover, germination has been shown to enhance the bioavailability of minerals such as iron and zinc in cereals and pulses.21 With longer germination times, the hydrochloric acid extractability of calcium, iron and zinc in pearl millet increased by 2-16%, 15-45% and 12-25%, respectively.22 Minerals can also leach out into the soak water during the germination process.23

EFFECT OF GERMINATION ON FUNCTIONAL PROPERTIES
The germination process may improve the functionality of cereals and pulses. Amongst the functional properties, solubility is often considered the most critical because it affects other properties such as emulsification, foaming and gelation.24 The breakdown of high molecular weight polymers during germination leads to the generation of bio-functional substances and an improvement in organoleptic qualities due to a softening of texture and an increase in the flavour of various cereals.25 Elkhalifa and Bernhardt26 reported an increase in the water absorption capacity of sorghum flour after germination, which could be attributed to an increase in protein quality (e.g., partial unraveling of the protein structure via enzymatic action) upon germination and also the breakdown of polysaccharide molecules. In addition, significant increases were observed in the oil absorption capacity, emulsion activity and emulsion stability of sorghum flour, by 19%, 33% and 21% after three days of germination, respectively. This might be due to the dissociation and partial unfolding of polypeptides that expose the hydrophobic sites of amino acids, which aids hydrophobic association of the peptide chains with lipid droplets.

EFFECT OF GERMINATION ON ANTI-NUTRITIONAL PROPERTIES
Germination plays a significant role in the reduction of anti-nutritional factors, including phenolic compounds, phytic acid, trypsin inhibitors and oligosaccharides.27 Most of the anti-nutrients bind to protein and/or form complexes with enzymes, rendering them unavailable or inactive for digestion. Unlike protease inhibitors, galactose oligosaccharides (raffinose, stachyose, verbascose, etc.) found in pulses are at least partly responsible for flatulence in humans, which may affect the utilization and acceptance of pulses and pulse ingredients, hence the need to reduce the levels of these compounds. The mechanisms of anti-nutrient reduction during germination vary. Tannins are presumed to leach into the germination medium28,29 or to undergo degradation.30 In pulses, soaking and germination for 48 hours was found to reduce the tannin content of chickpea and pigeon pea by 60%, and by 50% in black gram and green gram.30 Dilute solutions of sodium hydroxide have been shown to be effective in inactivating sorghum tannins during soaking,31 otherwise tannins would bind to proteins reducing their digestibility and the enzyme activity required for other cellular functions such as proteolytic and amylolytic activity. The increased activity of polyphenol oxidase and other catabolic enzymes is responsible for reducing the levels of total free phenolic acids.28 Endogenous phytase breaks down phytates, liberating inorganic phosphate.27 Phytate reduction of 96% was reported in kidney bean after germination for four days. Since phytic acid is one of the factors responsible for reduced mineral bioavailability, its reduction during germination would enhance the available mineral content in pulses. Studies also have shown that the content of oligosaccharides in pulses decreases substantially during germination, to undetectable levels after 48 hours.29 The action of endogenous α-galactosidase selectively cleaves galactose from raffinose, stachyose and verbascose, releasing sucrose which is easily broken down in the digestive tract to simple sugars (fructose and glucose) that are absorbed and utilized by the body. In another instance, germination was shown to have a positive effect on the presence of saponins in soybeans, which can be classified as soyasapogenol A- or B-type. Soyasapogenol A has been associated with undesirable bitter and astringent tastes in foods, whereas B-type has been linked to a number of health promoting benefits. Rupasinghe and co-workers reported that germination of soybean led to increased levels of soyasapogenol B, but had no effect on soyasapogenol A levels.32

SUMMARY
Germination is an effective processing method for improving nutritional quality, reducing anti-nutritive compounds, boosting the level and digestibility of free amino acids and available carbohydrates, increasing mineral bio-availability, and improving the functional properties of cereal and pulses. Due to the significant effects of germination, sprouted grains and pulses have become popular and widely accepted as functional foods and functional food ingredients.

Share
Previous Designing a clean label
Next Is food a sophisticated ordered tool to deliver nutrients? 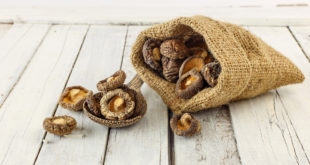 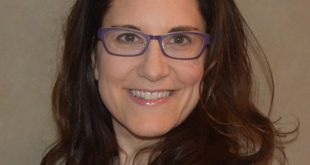