Circle Monday, August 18 at 5 p.m. in your calendar.
On the second day of the IUFoST World Congress three leading industry experts from Nestlé, Coca-Cola and Campbell will discuss the challenges their respective sectors face and how the industry as a whole can work to achieve common goals.

All congress delegates, participating sponsors and exhibitors will have the chance to hear from Guy Wollaert, Senior Vice President and Chief Technical Officer at The Coca-Cola Company; Philip Donne, President of Campbell Company of Canada; and Johannes Baensch, Global Head of Research and Development, Nestlé, Vevey, Switzerland.

Jeopardy-Style Challenge
All that’s going to be missing is Alex Trebek when the CIFST’s uniquely Canadian Student Challenge gets underway at IUFoST. 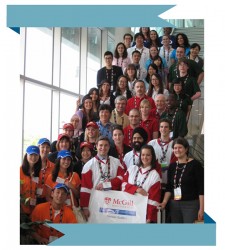 As in the first edition, the 2014 competition will be in a Jeopardy format and will test the contestants’ knowledge in the many fields of the industry. Each team of four students, one of which can be a Masters level graduate student, one school advisor and one industry sponsor will first make their way through a round-robin qualification on Aug. 17th to elimination day on Aug. 18th.

Each team will be allowed to use its industry sponsor life-line once per round to help them answer a question.

30,000 Cans Of Food For The Hungry And A Guinness World Record
Text by Nicolas Heffernan 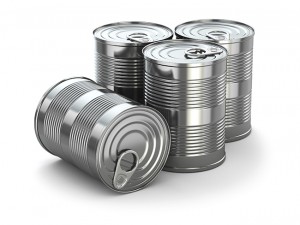 When the food science and technology world convenes in Montreal for IUFoST 2014 this August, CIFST and the Canadian food and beverage industry are hoping to make history.

From August 17th-21st, the IUFoST local organizing committee led by IS Event Solutions are teaming up with Tourism Montreal to try and set the Guinness World Record for the longest line of canned food. To achieve the goal, there will need to be 30,000 cans in the line!

Organizers hope the world record will raise awareness around poverty in Canada. “If we look at the objective of IUFoST as an international organization it is to fight world hunger,” says Isabel Stengler, President and Senior Project Manager at IS Event Solutions. “But there is not only hunger in certain regions of the world. We have hungry people here in Canada. It’s giving back to our community.”

The canned food will be donated to Moisson Montreal, a local food bank that serves 206 organizations across the Greater Montreal area.

While the focus is primarily on giving back to Montrealers and raising the profile around hunger in Canada, Stengler also believes the record will raise the profile of food science in the area. “Given this world congress is coming to Montreal we also want to send a message with the local community to be aware that Canada is very involved with food science and technology and Montreal can contribute to this,” she says.

Conference delegates and the public can donate cans at the Palais de Congres during the congress but Stengler is urging industry to get involved. Campbell’s Canada started off donations with 5,000 cans. “We have three months to go and we’re reaching out to other companies but basically by the time we go on-sight to the congress we want to have 25,000 cans from companies already,” she says. 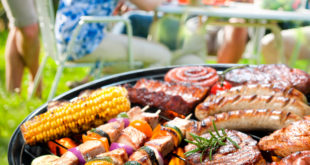 BBQ tends and flavours for families