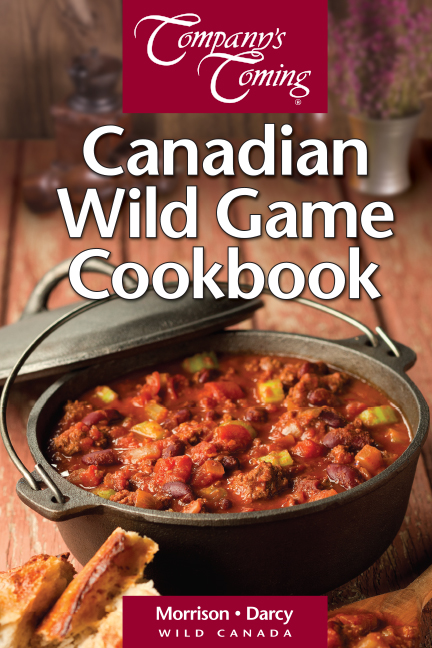 Nature columnist, blogger, author, wildlife enthusiast and self-professed outdoors guy Jeff Morrison spends a lot of time in the great Canadian wilds hunting, trapping and fishing. Growing up in rural Quebec, Morrison spent a lot of time hunting with his family and living close to nature. That upbringing developed strong ideals of conservation in him and a desire to engender an appreciation for wildlife in others.

Morrison currently resides in Ottawa where he writes a popular blog for the Ottawa Sun and is a regular contributor to several Canadian and American publications. Armed with a background in environmental management, fish and wildlife biology, and a love of wild game, Morrison has authored several cookbooks featuring recipes for foods found in nature. His most recent contribution, Canadian Wild Game Cookbook, is peppered with anecdotes, wildlife facts and several recipes featuring, of all things, muskrat.

WHERE DID YOUR LOVE OF HUNTING AND THE OUTDOORS ORIGINATE?
I think it had something to do with growing up in a town of 300 people. Growing up in the country and the mountains, hunting was a family tradition for the Morrisons.

HOW DID YOU GET INTO COOKING WILD GAME? DO YOU USE FAMILY RECIPES OR COME UP WITH YOUR OWN? 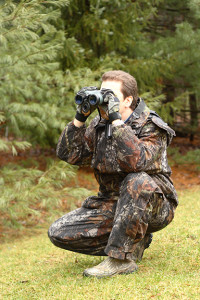 A lot of them were passed down from family, stuff that we came up with at hunting camp. Growing up in [a family-owned hotel], I saw my dad serve some game dishes and at my uncle’s famous steakhouse – Alfred’s Beefeater – which served game dishes on occasion, including an annual Hunter’s Supper featuring a wide range of game meats, I was exposed to cooking deer, moose, bear, wild fowl, upland game birds, and other local wild game. Writing cookbooks was purely by accident. Following the release of my first book, Weird Facts about Fishing, my publishers were contemplating a series of outdoor-style cookbooks. They approached me to see if I had experience with game recipes, cooking wild proteins, and outdoor camping, which I did, so it went from there. Next spring my Canadian Berry Cookbook will hit bookstores.

WHAT ARE THE ADVANTAGES OF EATING WILD GAME OVER FARM-RAISED MEAT PRODUCTS?
The most natural food you can eat is game meat. People are reluctant to try it, though, because of the stigma surrounding hunting. Animals that are raised in captivity are largely inactive, so they contain a lot of fat. Wild game is leaner, for obvious reasons. Game meat is really the healthiest protein you can eat.

WHAT ARE SOME TIPS TO KEEP IN MIND WHEN COOKING WILD GAME?
Game meats are low in fat, so low and slow is what I usually say. Since game meats are inherently low in fat, they tend to dry out quickly when cooked. You’ll notice several techniques and strategies in [Canadian Wild Game Cookbook] for trying to retain the natural juices.

WHAT IS YOUR FAVOURITE WILD GAME OR WILD GAME DISH?
Anything with moose in it. As aesthetically unpleasing as people find them, they’re delicious. Wild game usually takes people by surprise. It’s very gamey, very strong in taste. Moose is more mild.

ANY ANIMALS YOU WOULDN’T CONSIDER EATING?
When I was five, my father offered to cook me some beaver meat. At first I was apprehensive, but when I tasted it, it was delicious. They say porcupine is the easiest animal to harvest in the wild, in terms of outdoor survival, and the meat is good, as long as it’s well-cooked.

ARE THERE ANY RECIPES IN YOUR COOKBOOK THAT MIGHT SURPRISE PEOPLE?
People might be surprised to see muskrat. I think people will be surprised to find that muskrat is delicious and very versatile. I have recipes in the cookbook for muskrat chili, slow cooker muskrat stew. It’s all about perception.